Traditionally, vanilla ice cream is made from a few simple ingredients: fresh milk, cream, egg yolks, sugar and vanilla. These ingredients are frozen and aerated to make ice-cream.

But many shop-bought ice creams have long lists of ingredients and not what you might expect.

We investigated popular vanilla ice creams, including Häagen-Dazs, Carte D’Or, Ben & Jerry’s and Wall’s. Of the 24 that we examined, five contained no cream, no fresh milk and no vanilla. Seven were missing at least one of these key ingredients. That left just 50% of those vanilla ice creams we examined listing fresh milk, vanilla and cream on their label. 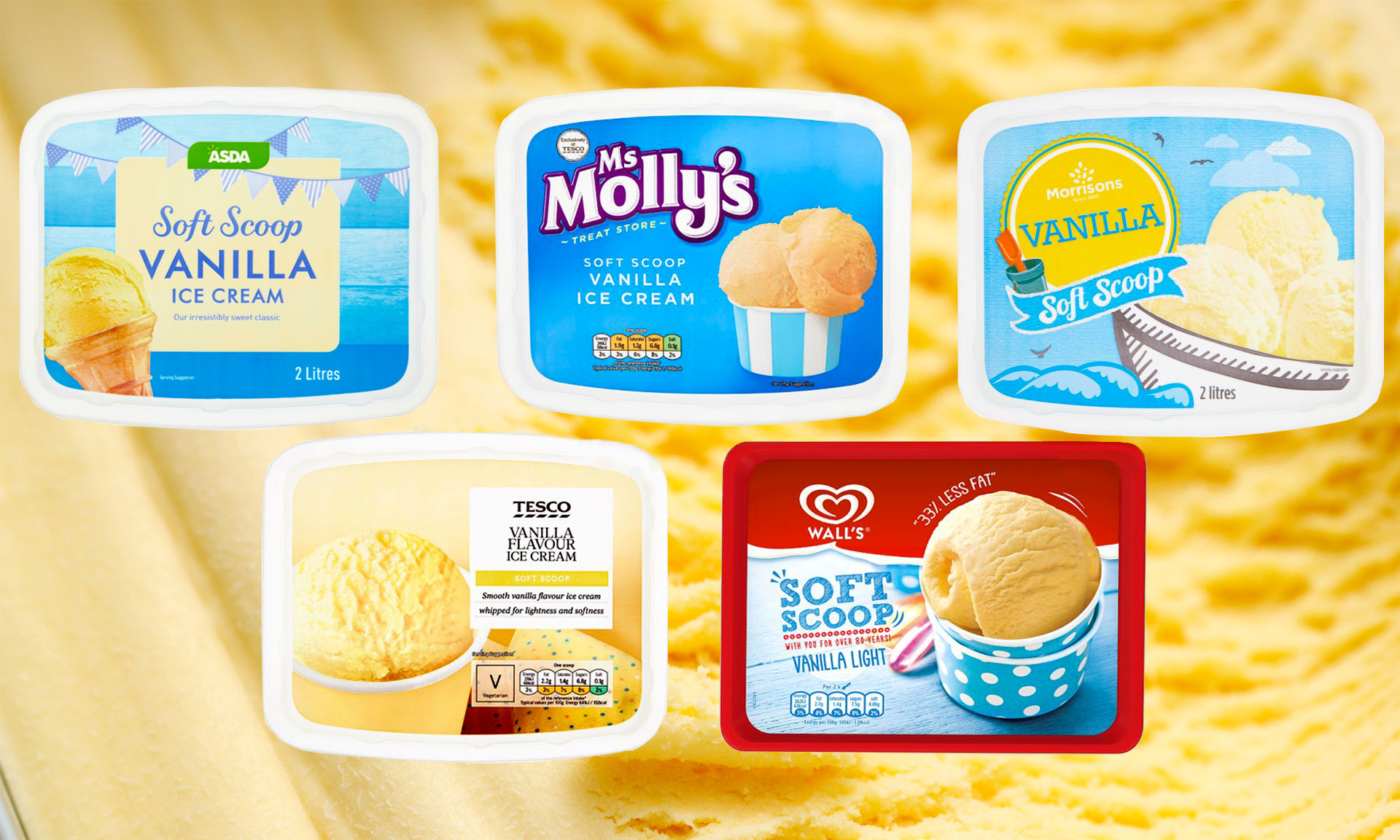 Ice creams with no fresh milk, cream or vanilla

The five ice creams that had no trace of fresh milk, cream or vanilla were Asda, Ms Molly’s, Morrisons, Tesco and Wall’s. 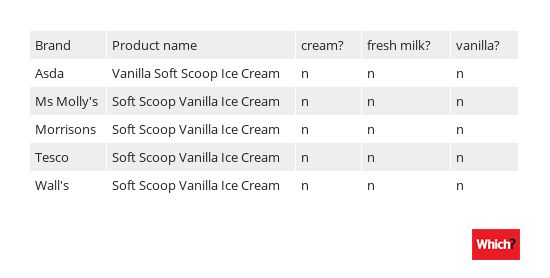 Of the 12 ice creams that did contain all three of the traditional ingredients, which included popular brands Green & Blacks and Ben & Jerry’s, the ice cream with the most authentic ingredients was Häagen-Dazs vanilla which contains just: fresh cream (39%), condensed skimmed milk, sugar, egg yolk and vanilla extract, and costs £9.13 per litre. 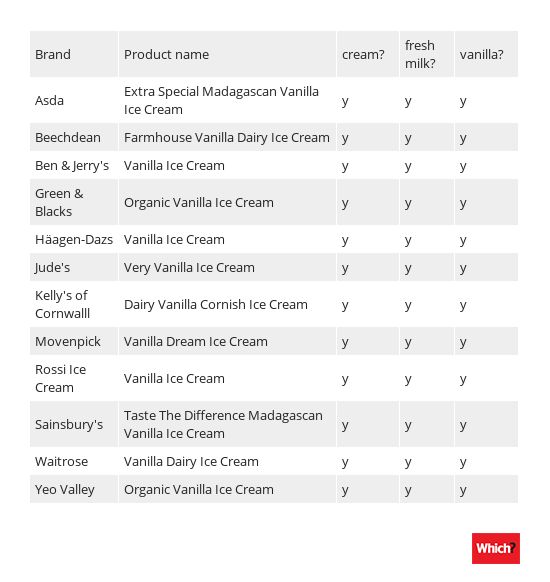 Ice creams with some of the key ingredients

Seven of the ice creams we looked at were missing at least one of the key ingredients we were searching for. Carte D’Or, for example, contains vanilla, but no fresh cream or milk. On the flip side, Asda Soft Scoop Cornish Vanilla Ice Cream doesn’t contain vanilla but you will find fresh cream and fresh milk on the ingredients list. 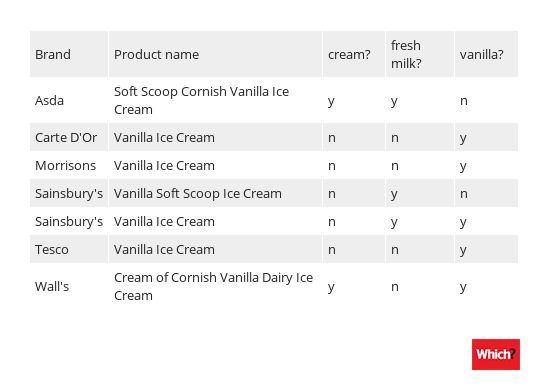 The extras in your ice cream

So if your vanilla ice cream is missing one or more of the traditional ingredients, what are you getting instead?

Cream and milk are often substituted with partially reconstituted dried skimmed milk and in some cases whey protein. Whey is what’s left over from milk when making cheese. Traditionally, this was considered waste but now it’s used for protein drinks. In ice cream it’s used as a filler and in ‘dairy ice cream’ counts towards the dairy protein (see below).

Vanilla is often replaced with a general ‘flavouring’. If it’s not specified as ‘natural flavouring’ it’s most likely from vanillin, a synthetically made vanilla flavouring.

Other ‘extra’ ingredients we found in our ice creams included vegetable fats, such as palm oil, coconut oil and palm kernel oil – mostly in soft scoop, cheaper brands and own-brand varieties, but also in Carte D’Or. These oils often replace actual cream because they’re cheaper, but still give a smooth and creamy texture.

Until 2015, a product labelled ‘ice cream’ in the UK had to contain at least 5% dairy fat and 2.5% milk protein. However, since the introduction of the Food Information Regulations in 2015, these rules no longer apply.

There are now industry standards and a product labelled as ‘dairy ice cream’ must contain at least 5% fat, some protein from a dairy source and no vegetable fats.

But there are no requirements to meet before something can be called ‘ice cream’. This means that vegan products can now be called ice cream and that manufacturers can reformulate to reduce fat but still call their products ice cream. On the flip-side, it also means that cheaper products made with lower-quality ingredients can also be labelled as ice cream.

What’s clear is not all ice creams are created equal and if you want to know how authentic yours is check the ingredients list, or make your own.