The three biggest mobile operators are failing to offer their customers a satisfactory level of service, despite often costing more than smaller rivals, according to our annual mobile-customer satisfaction survey.

Vodafone, EE and O2 all finished in the bottom three, while virtual network operator Giffgaff topped the poll to maintain its impressive recent performance.

Read the full results of our best and worst mobile networks survey and find out how every provider fared.

How UK mobile networks ranked in 2019

In February 2019, we asked 6,135 Which? members to rate their mobile network provider on a range of factors including customer service and value for money. We also asked how satisfied they were, and if they’d recommend their provider to friends and family.

Vodafone was rated the worst network in the country after mustering measly one-star ratings for customer service, value for money and technical support. One in five Vodafone customers told us that customer service, including complaints handling and the way their queries were dealt with, was poor.

Meanwhile, one in seven customers rated the quality of technical support as poor, and one in five rated Vodafone as being poor for value for money. A quarter also criticised the incentives and rewards offered by the network. 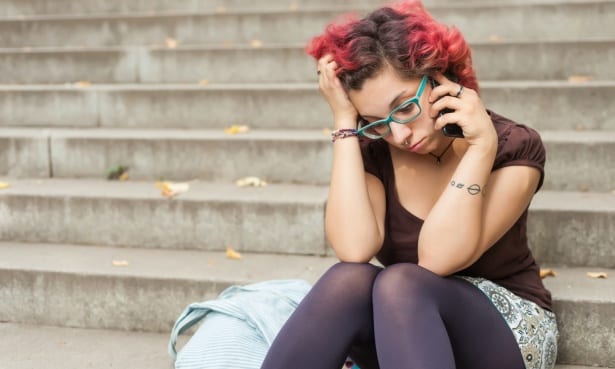 EE, the UK’s largest mobile network, also ranked among the worst providers in the country, according to its customers.

Only a quarter of EE customers told Which? they had received good or excellent service for technical support (27%), and less than half said the same about ease of contact and customer service.

O2 customers were also unhappy with the value for money they were getting, with one in ten rating it as poor.

They were underwhelmed by O2’s incentives and rewards, with only a quarter rating its offering as either good or excellent, compared with half of virtual-network partner Sky Mobile’s customers.

Of the 13 networks included in the survey, it was mostly smaller virtual networks that customers rated more highly.

Giffgaff was rated the best network in the survey, with Utility Warehouse and Plusnet Mobile taking second and third place. Nearly all Giffgaff customers said it’s good or excellent when it comes to value for money, and that they’d recommend the network to friends and family.

We also analysed the average monthly costs of both Sim-only and contract deals for the iPhone XS and Samsung Galaxy S10, and found that the ‘Big Four’ – EE, O2, Vodafone and Three, were often more expensive than their smaller virtual-network partners.

The table above highlights the cheapest prices for both Sim only and iPhone XS deals available with each provider we surveyed as of 4 Aprhttps://www.which.co.uk/reviews/mobile-phone-providers/article/mobile-phone-provider-reviews/o2-mobile-reviewil 2019. These prices are purely for informational purposes and do not relate to the analysis of Sim-only prices in this article.

The same could be said for the combined average monthly contract price for an iPhone XS, which was 18% more (£10.11) with Vodafone, O2, EE and Three.

When we looked at the average monthly contract cost for a Samsung Galaxy S10 across the 13 networks, there was less of a difference, but the Big Four were, on average, still 6% more expensive (£3.22 a month).

Natalie Hitchins, Which? head of home products and services, said:

‘The continuing reign of smaller networks over the big players goes to show exactly how important customer support and value for money are to mobile users.

‘If you think you’re paying too much or are not getting the level of service you expect from your provider, you should shop around for a better deal – you might find you save yourself some money and probably a lot of grief, too.’

Should you switch provider?

Switching provider has never been easier, and by doing so you could not only save yourself some money but, according to our survey, also get a better level of service.

Read our detailed mobile phone network reviews for the full report on each. Consider which type of contract suits you best with our guide on choosing the best mobile phone deal, and remember – haggling for the best deal with your mobile network provider can be a great way to save.