Just one milk chocolate digestive was good enough to be named a Best Buy in our recent blind Which? taste test – and it isn’t McVities.

Our tests have revealed a bargain biscuit that won’t leave you compromising on quality. In fact, our top-scorer didn’t just taste the best but it’s also one of the cheapest packets you can buy.

Our consumer panel of tasters tried 10 different chocolate digestives including McVities and own-brand alternatives from Tesco, Aldi, Lidl and more to find out which tea-time treat you should be buying.

So grab yourself a cuppa and find out how your favourite biscuit ranked: best chocolate digestives

What makes the best chocolate digestive?

Our tasting panel described their winning digestive as having the ‘perfect balance’ of chocolate to biscuit, while praising it for its crunchy texture.

In fact, there were absolutely no soggy bottoms or brittle biscuits for all four of our best on test biscuits. And they even impressed for their strength of flavour, too.

We can’t say the same for the worst biscuit we tested, though.

Scoring significantly lower than all the others we tested, they were lacking sweetness and were far too soft for our tasting panel. A few people even went as far as calling them ‘stale’.

Don’t dunk your biscuit in a substandard hot drink. Find out which brand was crowned best instant coffee. 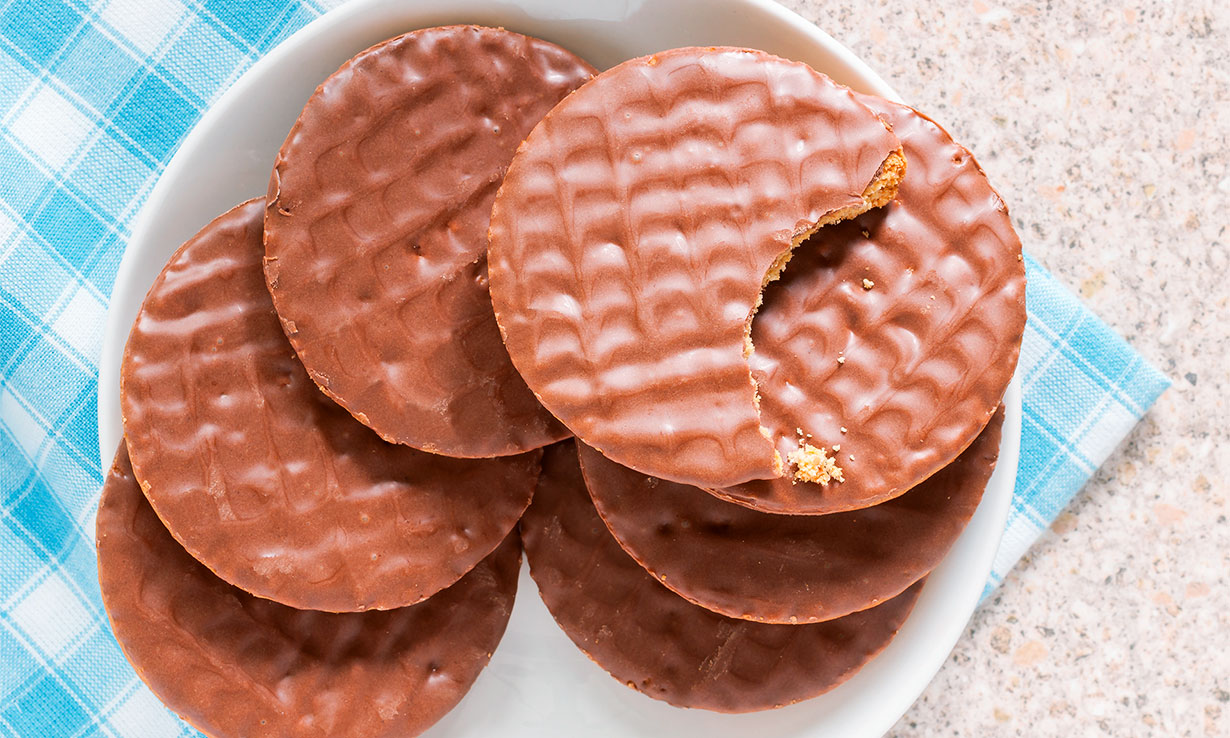 How we taste tested each chocolate biscuit

Every single biscuit was tested by 72 consumers who regularly eat milk chocolate digestives.

The test was conducted in lab conditions, and the participants weren’t allowed to discuss their thoughts with the other tasters.

No taster knew which brand they were eating and they were all given biscuits in a randomised order to avoid bias.

We asked them to rate each on taste, texture, aroma and appearance.

We test lots of different everyday essentials. See all of our best food and drink.

How many calories are in chocolate digestives?

The average calorie count for the chocolate digestives we tested is 83 calories per biscuit and 497 calories per 100g.

It’s important to note that each brand has very similar calorie, saturated fat, sugar and salt content so if you’re worried about the nutritional aspect there’s really not that much to pick between them.

Tesco has the highest calorie count per 100g, while Aldi has the lowest. Our table below shows the nutritional information per 100g for each biscuit we tested. 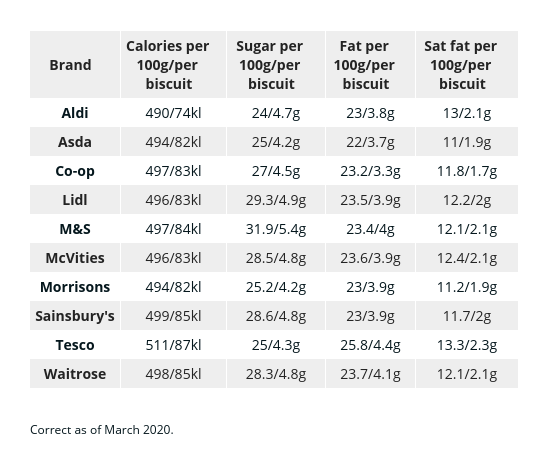 Chocolate digestives vs other biscuits on calories

We’ve also compared the most searched for branded biscuits in the UK and ranked their calorie counts per 100g.

The popular biscuit with the lowest calorie count is the traditional rich tea, while Walkers pure butter shortbread has the highest (533 calories per 100g). 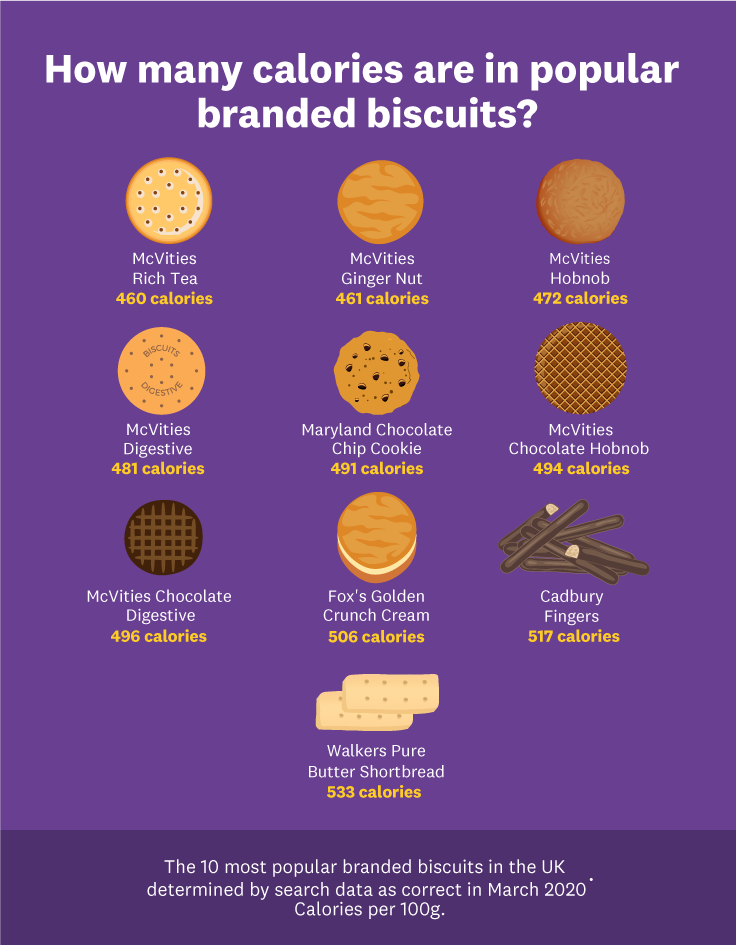 Why not pair your chocolate digestive with a barista style coffee instead of a tea? – see our pick of the best coffee machines for 2020.