Low-deposit mortgages disappeared almost entirely last spring due to the pandemic, but there are signs that 2021 could be a much better year for first-time buyers.

Here, Which? takes a closer look at Yorkshire’s new deal and offer advice on whether buyers should make their move now or hold fire.

The deal will be available through Yorkshire’s intermediary arm, Accord Mortgages, so you’ll need to apply through a mortgage broker.

The launch comes two weeks before the start of the government’s new mortgage guarantee scheme, which will see some of the country’s biggest lenders offer 95% mortgages once again.

Yorkshire’s deal is priced at 3.99% and comes with a £995 fee. It’s not available on flats or new-build houses, or to people currently furloughed. First-time buyers will be able to borrow a maximum of 4.49 times their annual income.

The building society says the strict criteria is designed to manage demand and has warned that the deal could be withdrawn if it struggles to cope with applications.

Yorkshire Building Society’s new deal is important because it should kick-start a flurry of low-deposit mortgages coming back to the market.

First-time buyers have been hit hard during the pandemic, with two cuts to the base rate and economic uncertainty leading to lenders cutting nine in 10 of their 90% and 95% mortgages.

At the start of March last year, there were 391 95% mortgages on the market. But a year on that had reduced to just five – and none of those were widely available.

In the past few months, we’ve seen a significant uptick in the number of 90% deals returning to the market, but Yorkshire is the first major lender to relaunch a 95% deal.

In his Budget speech earlier this month, the Chancellor Rishi Sunak announced that a new 95% mortgage guarantee scheme would launch from April.

This scheme will see the government take on some of the financial risk of high loan-to-value mortgages, giving lenders the confidence to relaunch their 95% deals.

Some of the UK’s biggest lenders, including Barclays, HSBC, Lloyds Bank, NatWest and Santander have signed up, and more are likely to follow.

Yorkshire Building Society says that it won’t be participating, but admits it launched its new deal ahead of an expected influx of demand once the scheme launches.

With the guarantee scheme launching in a matter of weeks, Yorkshire Building Society has fired the starting pistol on what could be something of a rate war between the biggest lenders.

The recent return of 90% mortgages can give us an indication of what to expect.

When lenders first returned to the 90% market in December, the best rate on a two-year fix was 3.24% and we saw major lenders ‘bunch’ their deals together by offering near-identical rates.

Since then, the number of deals has more doubled and the best rate has fallen to 2.99% – although that’s still 1.4% higher than the best rates seen before the pandemic. 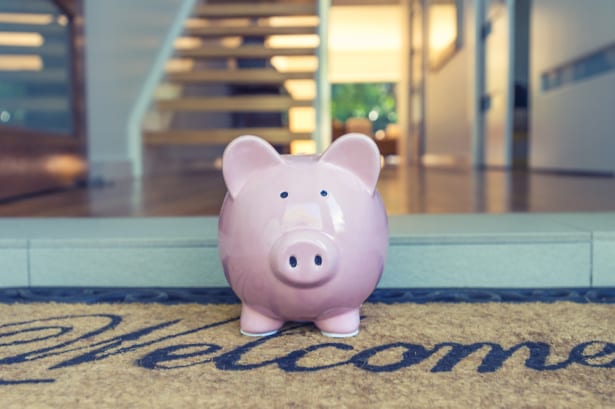 Should first-time buyers wait until April?

Yorkshire Building Society’s 95% mortgage is likely to be very popular, but first-time buyers who aren’t in hurry may be better holding off to see what happens when the mortgage guarantee scheme launches.

As we mentioned above, it’s highly unlikely that borrowers will see rates plummet to anything like those seen before the pandemic, but the extra competition may result in slightly cheaper deals.

Even if we don’t see lower rates, it may be that lenders compete in other ways – perhaps by offering their mortgages fee-free (Yorkshire Building Society charges £995) or by offering cashback incentives.

If you’re thinking of applying for a mortgage in 2021, it’s important to do your research before rushing in.

We’re here to help with advice to guide you through the process of finding and applying for a home loan.

First of all, you can check out our mortgage calculators to find out how much you might be able to borrow and what your monthly repayments might be.

You can also take a look at our tips on how to improve your mortgage chances and how to find the best mortgage lender.

Finally, our guides on getting an agreement in principle and applying for a mortgage will help you lock in a deal and take a big step towards buying your first home.