Served with breakfast, dessert or used in cooking, Greek yoghurt is luxuriously rich and creamy, although still a much healthier choice when compared with a dollop of double cream. But with plant-based eating on the up, more people are substituting the traditional dairy options for vegan alternatives.

In July, we got together a group of 102 yoghurt-lovers for some blind taste-testing to find out how vegan yoghurts stack up in terms of taste, texture and overall enjoyment.

While our dairy-based yoghurt from Yeo Valley came out on top, one of the two vegan yoghurts also impressed our panel; 25% of the tasters preferred it to the others and more than half didn’t realise it was dairy-free.

Read on to find out which vegan yoghurt fooled our tasters, and which one left our panel a little underwhelmed.

Magnum Vegan Classic vs Magnum Classic: can a plant-based ice-cream match up to the original? 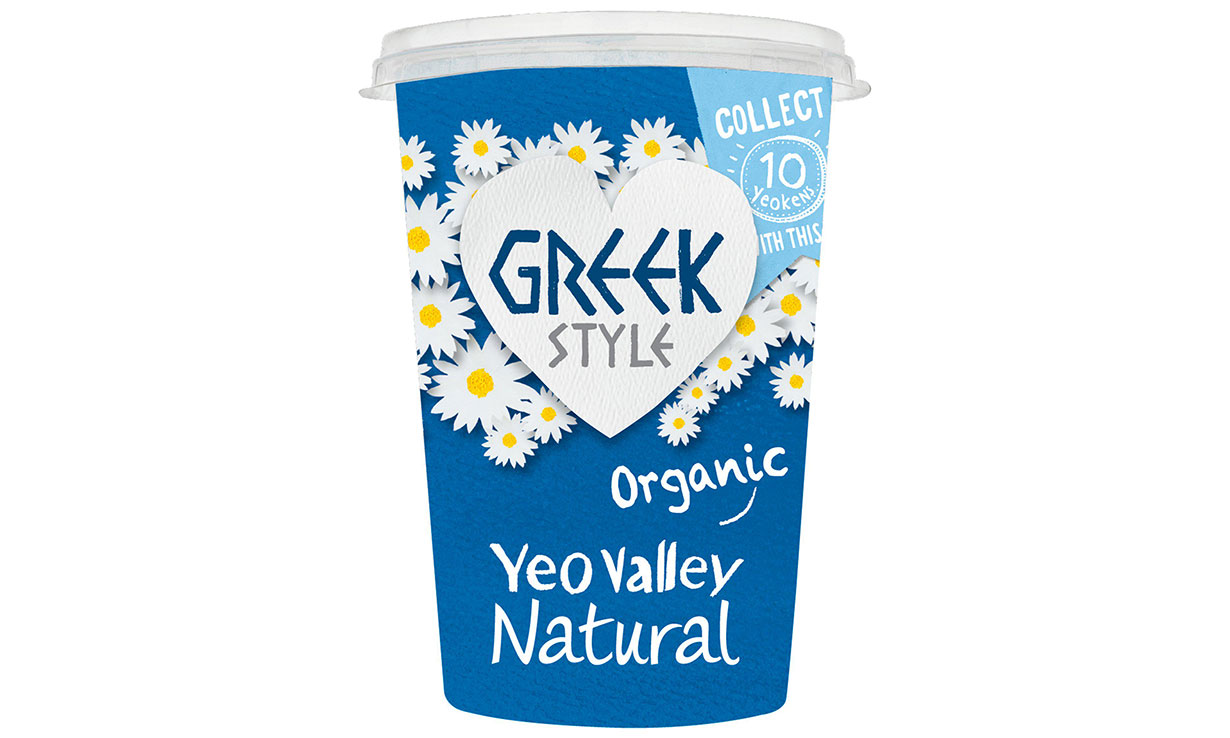 Yeo Valley was by far the panel’s favourite. It came up trumps for flavour, texture, aroma and appearance, and 67% of tasters said it was their top choice.

This is great news if you’re happy to stick with a dairy-based yoghurt, but if you want to try dairy-free then keep scrolling to find out which vegan brand is best. 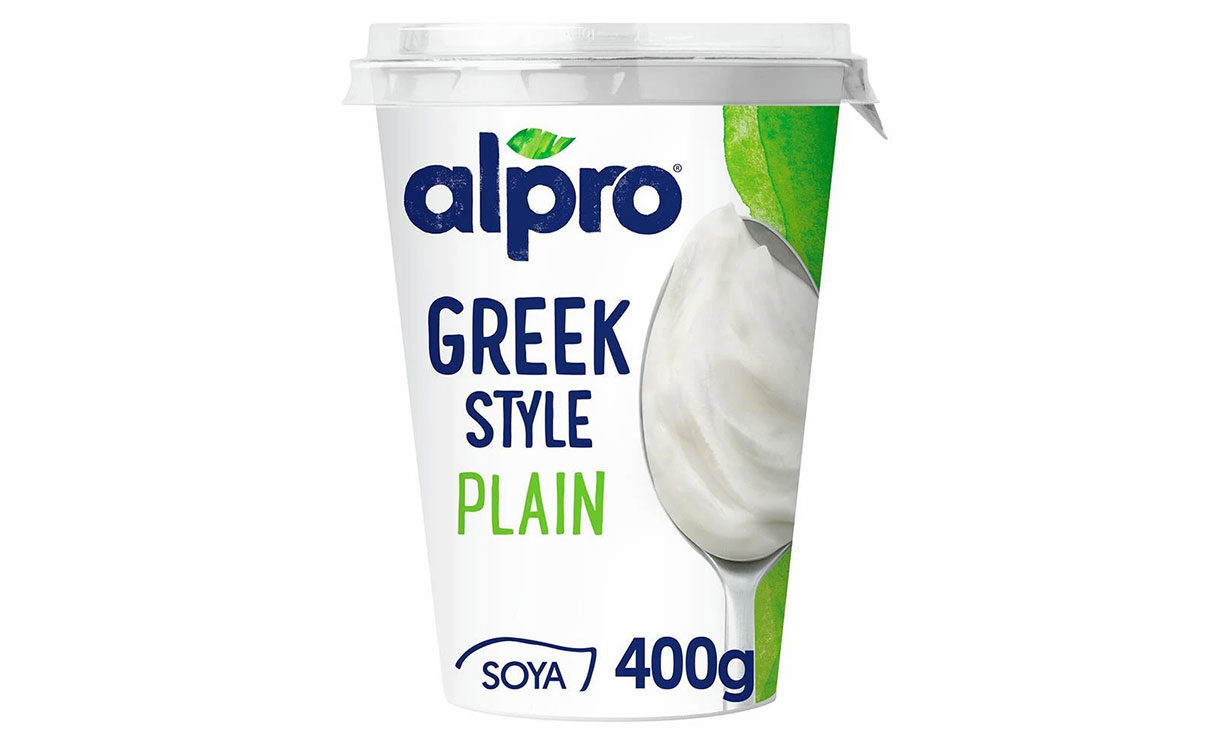 While Alpro’s soya-based yoghurt didn’t quite match up to Yeo Valley, a quarter of tasters still declared it their favourite. And interestingly, only half of the panel correctly identified it as one of the vegan options.

Tasters also scored its appearance, flavour and texture higher than its plant-based rival and at £1.70 for 400g it costs less, too.

Based on our tests, if you’re wanting to cut back on dairy, Alpro’s Greek Style yoghurt alternative is by far the better choice 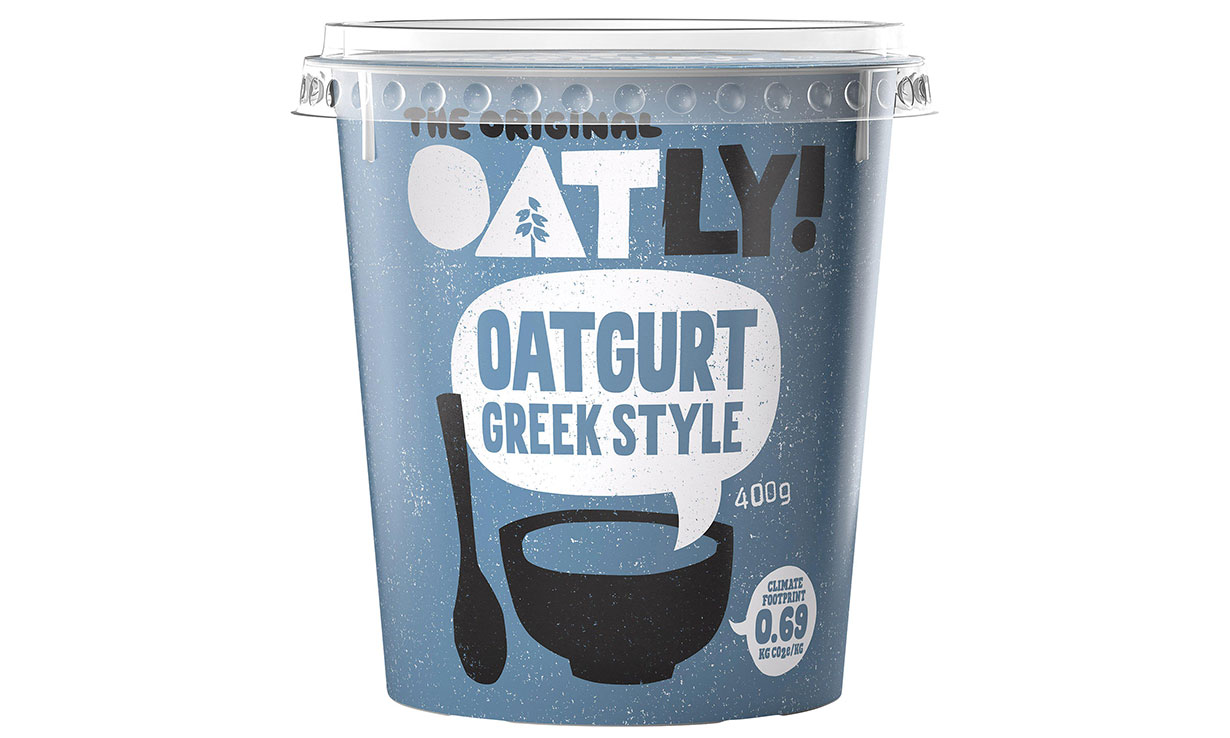 With an overall score of just 47%, it’s safe to say our panel didn’t love this oat-based yoghurt alternative.

It’s flavour, appearance, texture and colour were all deemed sub-par by our panel and most (84%) correctly identified it as non-dairy.

Lots of tasters complained about an ‘unpleasant’ aftertaste and half felt it wasn’t creamy enough.

Oatley’s Oatgurt is also the priciest of the three and will typically set you back £2.20 for a 400g pot.

What’s vegan yoghurt made of? 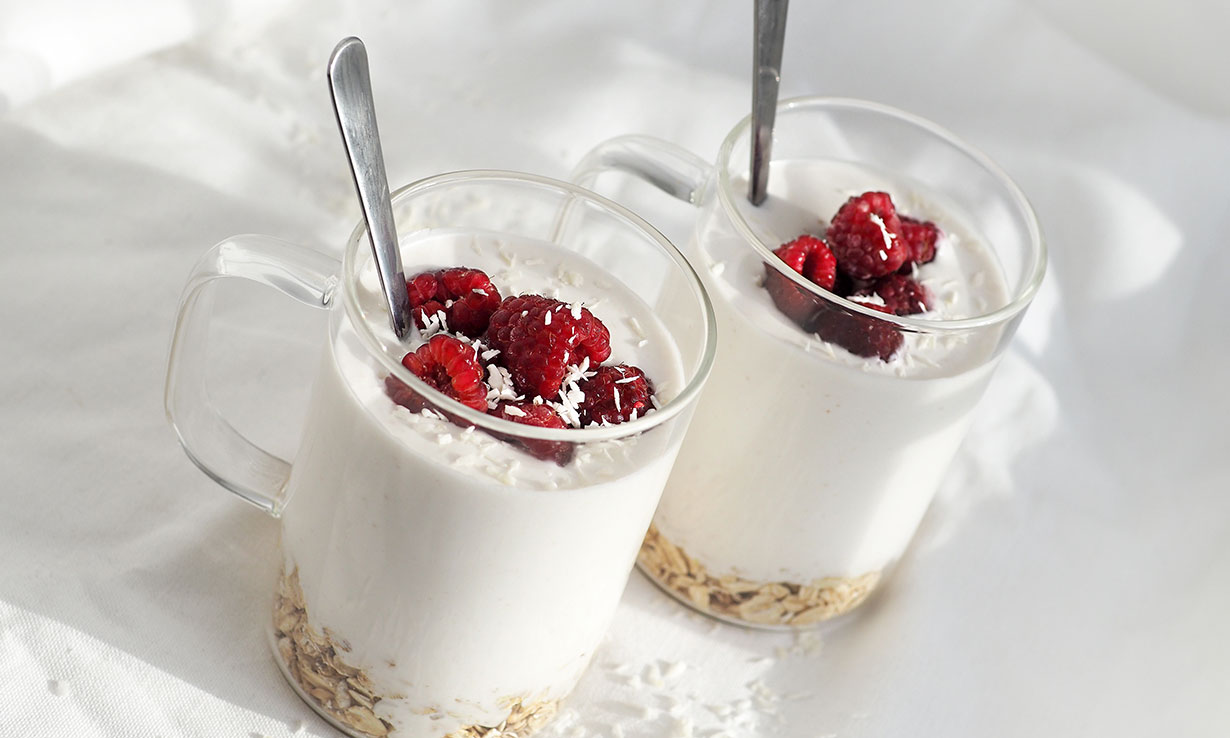 Vegan yoghurts are made using a variety of non-dairy plant products, including soya, coconuts, almonds, and cashews. Some also include live cultures, otherwise known as good gut bacteria.

The Alpro yoghurt we tested is made with soya beans and uses the same cultures as dairy yoghurts. While Oatly Oatgurt gets its distinctive taste and texture from a mix of oats and potato.

Linked to deforestation and habitat destruction in Brazil, soya beans, Alpro’s main ingredient, have long been a hot topic of debate when it comes to sustainability.

But most soya (more than 80%) is actually raised to feed livestock, who will consume far more than us and then excrete it as greenhouse gas (GHG). Plus, the soya beans used in Alpro are grown in either Europe or Canada.

When it comes to oat-based yoghurts, there isn’t a huge amount of research available.

However, oat milks are similar and are classed as a really good environmental option. They use much less water than dairy and oats can be easily grown in temperate climates so are not associated with deforestation or loss of biodiversity.

Whether you’re cutting out or cutting down on dairy, find out which plant-milk alternative is best for you 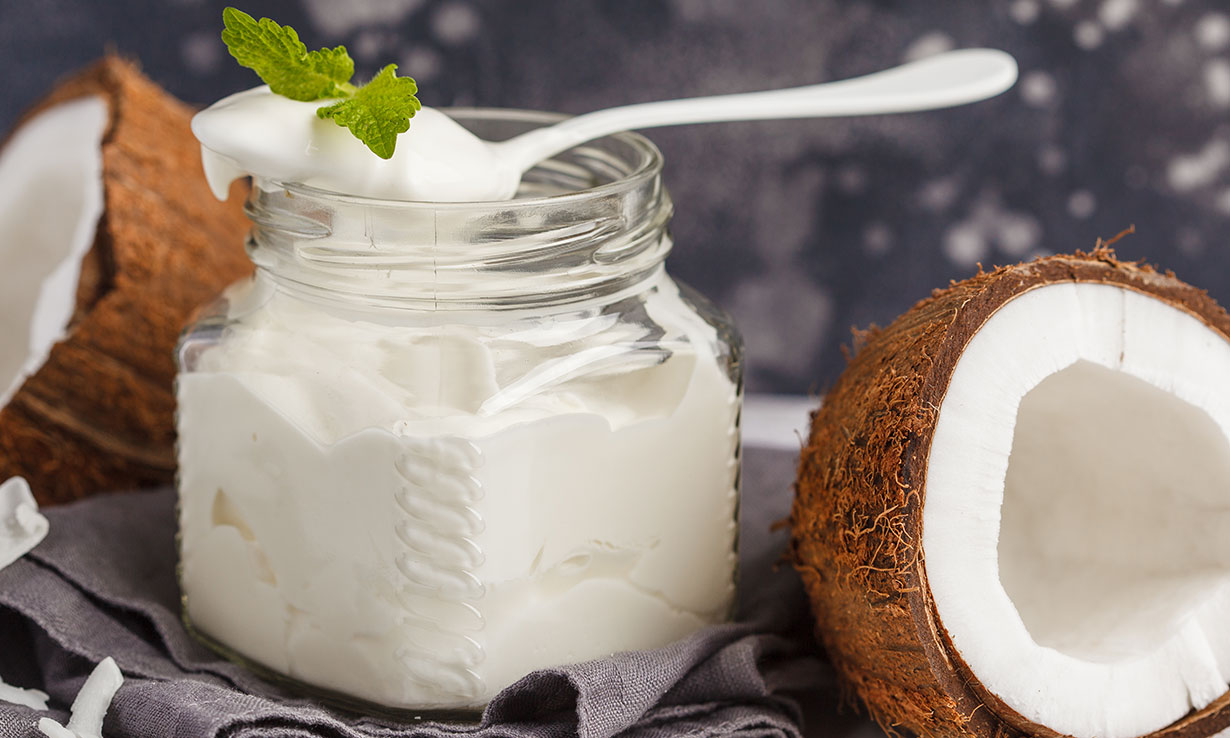 Plant-based products often sell themselves as good for you and good for the planet, but when it comes to Greek yoghurt, are these vegan options a more nutritious choice?

Which? nutritionist Shefalee Loth says: ‘Not necessarily. Cow’s milk is a good source of protein in our diets but so are soya beans, which Alpro yoghurt is made from. Oats, the main ingredient of Oatly’s product, provide a little less.

The Alpro yoghurt is much lower in fat than Yeo Valley and Oatly, and the dairy yoghurt contains more saturated fat than the two plant-based varieties. Although we should limit the amount of saturated fat in our diets, it’s not really the fat in milk or yoghurt that’s the problem – it’s the amount of fat we eat in biscuits and cakes that’s of more concern.

Yoghurt made from cow’s milk is a good source of calcium, vitamin A and iodine. Plant-based yoghurts don’t naturally contain these nutrients so if you’re cutting out dairy it’s important to choose varieties that have been fortified. Both Alpro and Oatly have calcium added to them but neither have vitamin A, and only Oatly has iodine.’

For more plant-based options, see our guides to the best vegan and vegetarian sausages, vegan burgers, houmous and sweetcorn

How we tested Alpro vs Yeo Valley vs Oatly 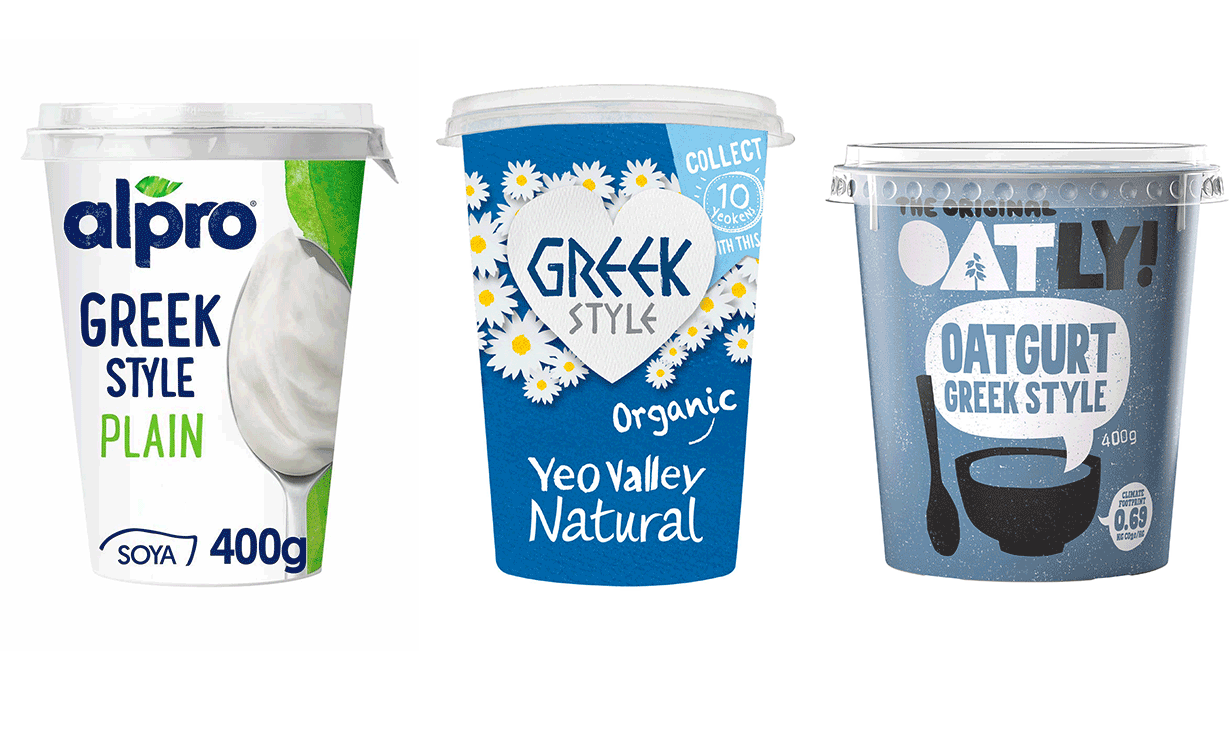 We served the yoghurts blind to a panel of 102 consumers to rate. They assessed them in a private booth, scoring the flavour, texture, appearance and aroma of each one. At the end, they told us which product they preferred overall.

Writing up your shopping list? See all of our best food & drink