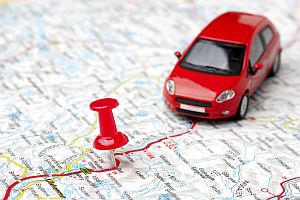 Newly released figures from the AA show that where you live can as much as quadruple what you pay.

According to the AA’s latest index of car insurance premiums – which examines typical prices across the UK – a driver living in central London faces paying as much as £922.44 on their annual insurance policy. The same driver on the Isle of Man, meanwhile, would have to pay just £231 – a little over a quarter of the cost.

The AA, which anticipates a general increase in insurance prices in the near future, attributes the regional differences to varying risks of collision, motor crime, uninsured driving and fraud.

How haggling can help

However huge some of the differences may be, though, you needn’t move to the Isle of Man to reduce your insurance costs. In a study of 1,174 policyholders last year, Which? found that drivers who were prepared to negotiate their renewal quote could lower it by £75 on average where they remained with their current insurer – and by as much as £131 where they haggled with, and switched, insurers. To help you get the best price from your insurer, we’ve provided an online haggling script.