Christmas is fast approaching, and with it comes the challenge of seeing what’s on Santa’s list for family members who are socially distant due to regional lockdowns and limitations on interactions.

Despite the trials and tribulations 2020 has brought, come Christmas Day they’ll still appreciate presents under the tree. So what should you get the tech-curious or obsessed in your life?

Keep scrolling to see our top tech suggestions for your loved ones. We’ve got the details on tablets for video calls, popular TV streaming services and PC gaming accessories.

Which? Tech Support – expert technical support by phone or email

Coronavirus restrictions will probably mean reduced travel and reduced numbers around the Christmas tree, so gifts to help with family togetherness will be important for some people this year. 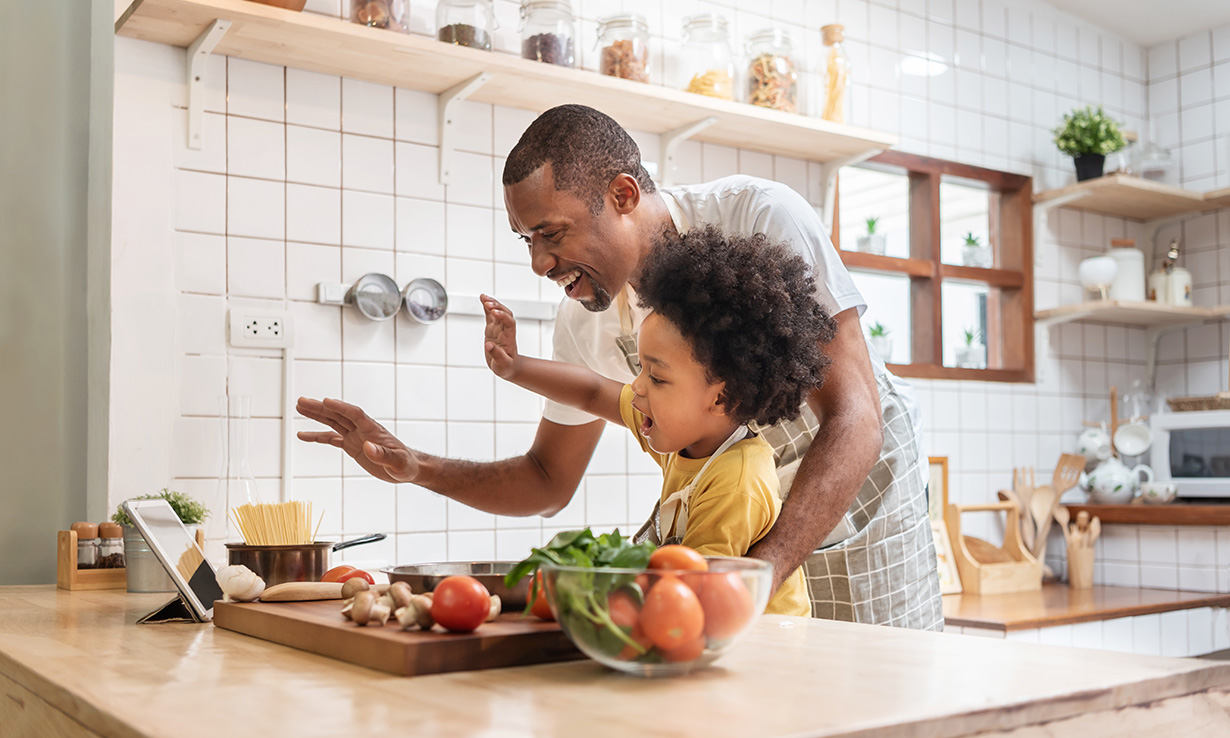 For family catch-ups, consider buying a Facebook Portal (from £129). We’ve been getting pretty comfortable with video-calling during the pandemic, but for those who want to avoid feeling like they’re just in more business meetings, Facebook’s webcam-enabled device is the simplest way to have casual conversations. 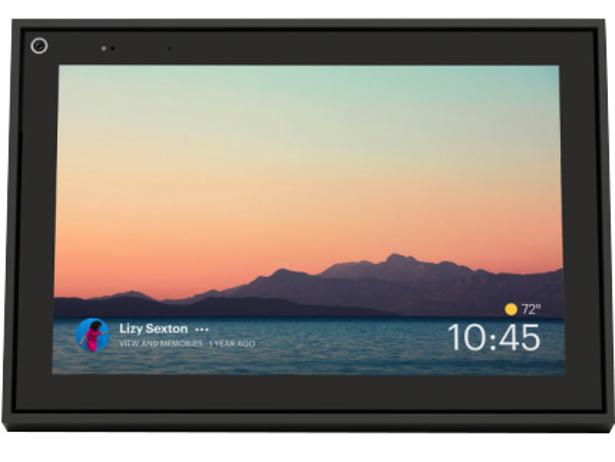 There’s a standalone model that looks like a tablet, or a version that connects to your TV – clipping to the top of it rather like a webcam on a computer monitor.

One of its advantages is its smart webcam, which pans and zooms automatically to keep you in frame while you chat: handy if you’re trying to natter to the family while also preparing the turkey.

We’ve gone hands-on with the Facebook Portal to see if it’s a good way of keeping in contact with your loved ones. To see how we got on, head over to our Facebook Portal first look review.

If they’re a fan of films and TV shows, a subscription to Netflix (from £5.99 a month, netflix.com) or Amazon Prime Video (£79 for a year) will keep your far-flung relative entertained over the Christmas holidays.

Or if they prefer British comedy, drama and documentaries, the new streaming service Britbox, a joint venture from the BBC and ITV, costs £5.99 a month, while Disney+, which offers all the Disney blockbusters, also costs £5.99 a month or £59.99 for a year (disneyplus.com).

More of a music fan?

You can buy gift cards for Spotify, the music-streaming service, via PayPal, with one month costing £10, three months for £30 and six months for £60.

Discover the top options for music lovers with our expert guide on the best music streaming services.

They’re not convinced by the smartphone revolution and would prefer a physical sudoku book rather than an app. But voice calls over the landline aren’t cutting it and the family would really like to be able to see them face to face when you speak. 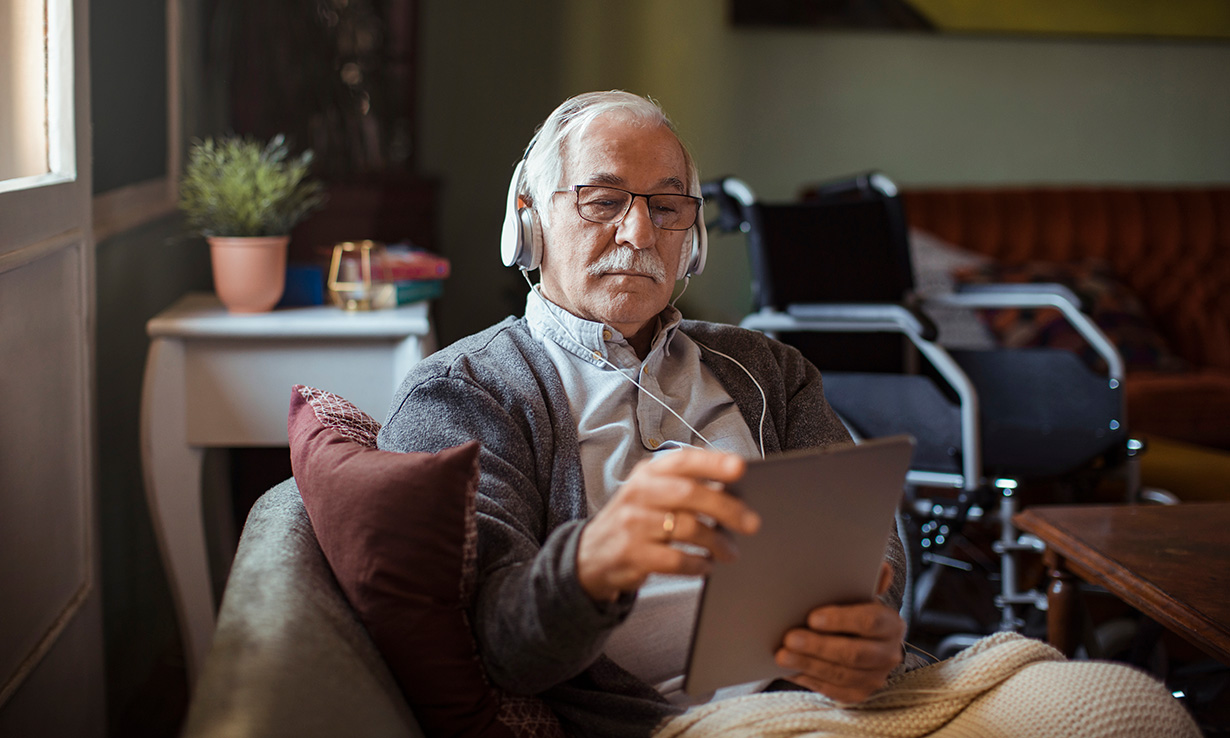 Get comfortable with a tablet

Consider buying your tech-novice giftee an entry-level tablet and helping them install apps that will build their confidence with using technology while at the same time being useful.

The Samsung Galaxy Tab A8 comes with 32GB of storage – ample space for family photos, plus a few games and apps – but doesn’t cost the earth (from £139).

There are some issues with keeping older Android devices updated with the latest security protection against viruses. If this is a concern for you have a look instead at the more expensive but longer-lasting iPad Mini (from £399). 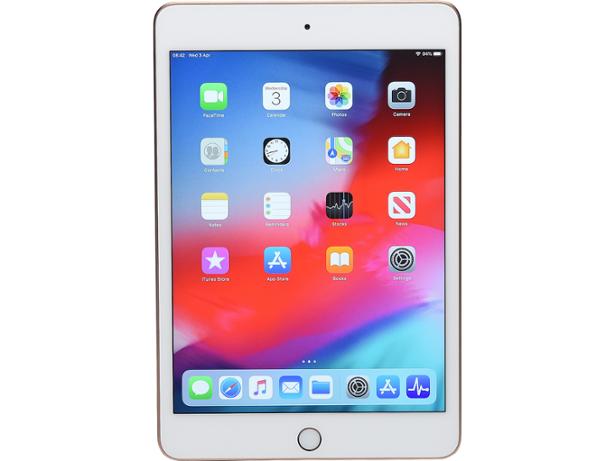 You could preload a tablet (Android or iPad) with apps they might enjoy and find useful, such as the Kindle app from Amazon, from which they can buy ebooks to keep them entertained, the BBC iPlayer app to catch up with television programmes they might have missed, plus Skype so they can keep in touch with the rest of the family. You could also add apps such as Flipboard, which aggregates news sources and pulls them into an attractive magazine-style format – and even add a sudoku app, too.

You could also set them up with a free email account such as Outlook or Gmail, which will help them keep in touch with others, and install budget-management apps such as Money Dashboard or Yolt, which will allow them to keep track of their spending and saving.

Or start with an ebook reader

An ebook reader, such as the Kindle from Amazon (from £70) could not only reduce the pile of physical books on the bedside table, but make reading easier on older eyes with its ability to increase the font size. And the fact that it’s less complex to use, with fewer bells and whistles than a tablet, could mean they gain confidence with it more quickly.

Your older relative might have been an early adopter of the BBC Micro but has since lost touch with the pace of tech. Perhaps they know their way around their laptop and they like tinkering with tech, but within reason. They’re the sort of person who writes letters using their laptop and prints out spare crossword sheets on their printer, but wouldn’t feel comfortable opening up a computer to install extra Ram. 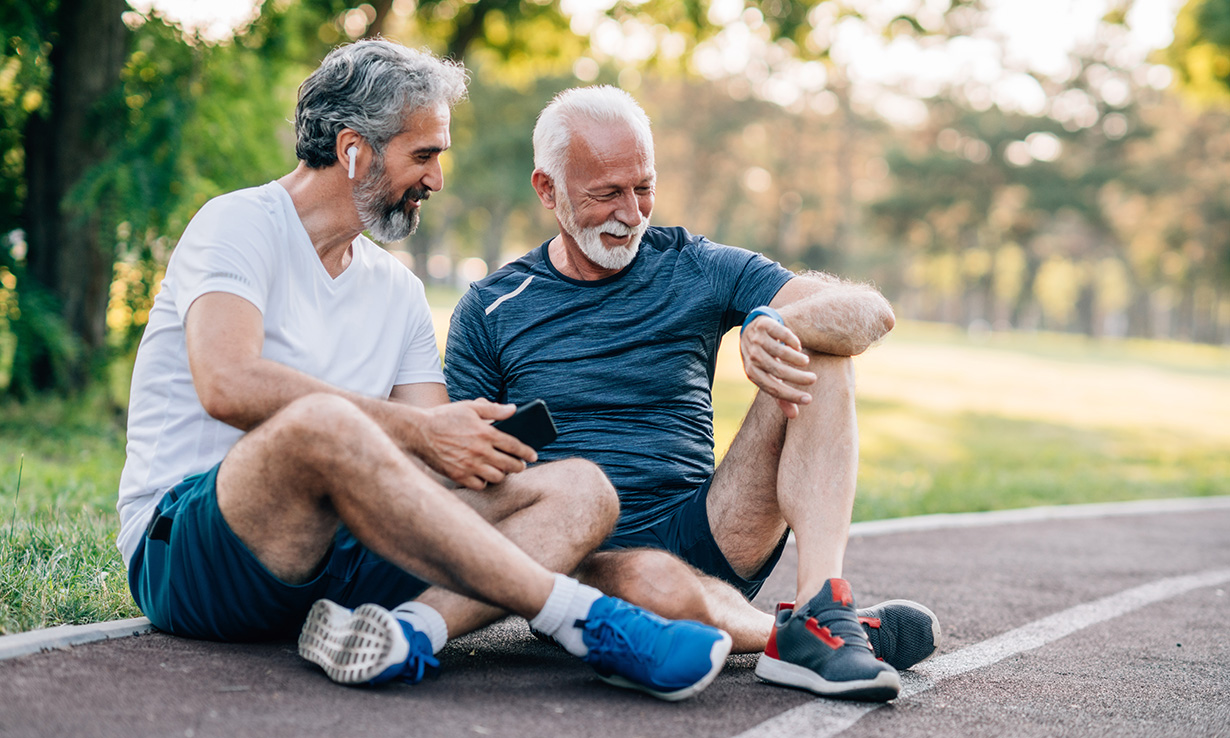 A middle-of-the-range smartphone could suit them nicely and help them to expand their tech horizons. You wouldn’t want to fork out thousands for the latest high-end iPhone or Samsung Galaxy, but a Samsung or Motorola phone in the £100–£225 range, or a OnePlus or Google Pixel in the £350 price bracket is likely to be sufficient for their needs, while still being up to date and powerful enough to run the latest apps. It’s likely they’ll want a utilitarian app such as Skype to stay in touch, but can also digitise their hobbies as well as start doing important tasks such as paying bills and checking bank statements.

However, it’s always worth ensuring anyone starting to engage with technology in this way understands the potential risks and pitfalls involved in migrating banking and bills online. You’ll want to make sure they’re aware of the risk of phishing scams, and know not to download apps from anywhere other than official app stores – either the Apple App Store for iPhones or iPad, or the Google Play Store if the device uses Android.

Be careful if you’re thinking about buying an older smartphone or a second-hand model, as there’s a chance the device won’t be protected against data-grabbing malware due to a lack of security updates. 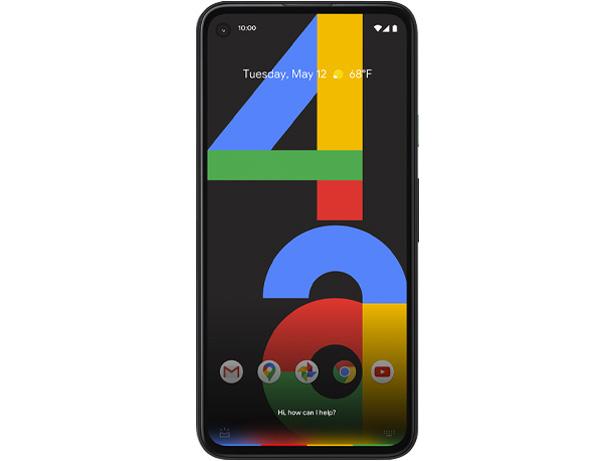 One area you might want to invest in is an Apple Watch (from £269). The new SE model is a cut-price, slightly lower-spec version of the glitzy smartwatch, but still has many of the main features you would want from something on your wrist. It’s the kind of gift that’s both useful and interesting to use: perhaps they would like to be able to pull up the family’s shared calendar on their watch when someone asks what they’re planning next week, for instance.

It can also be a useful way to help someone older keep track of their movement and general health using the built-in apps that monitor steps and burnt calories – but be aware that the blood oxygen sensor in the latest Apple Watches are for the more expensive models of the product, not the SE one. You’ll need an Apple iPhone to pair the smartwatch with, too. 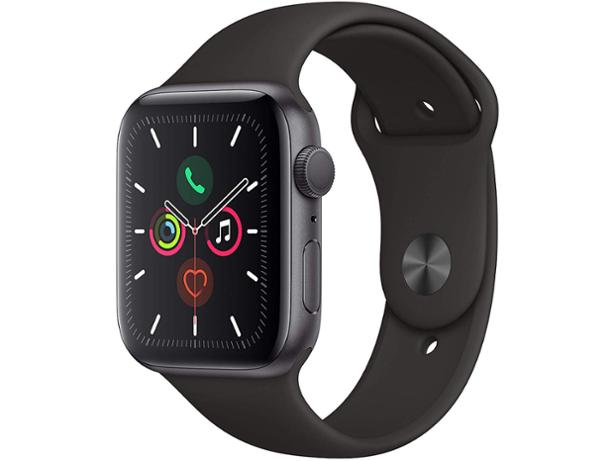 We all know the type. They’re the in-house tech troubleshooter, looking for the latest gizmos. Christmas can be tricky: you want to make sure you’re picking the right thing from the endless choices without spending ridiculous amounts of money (easier said than done). 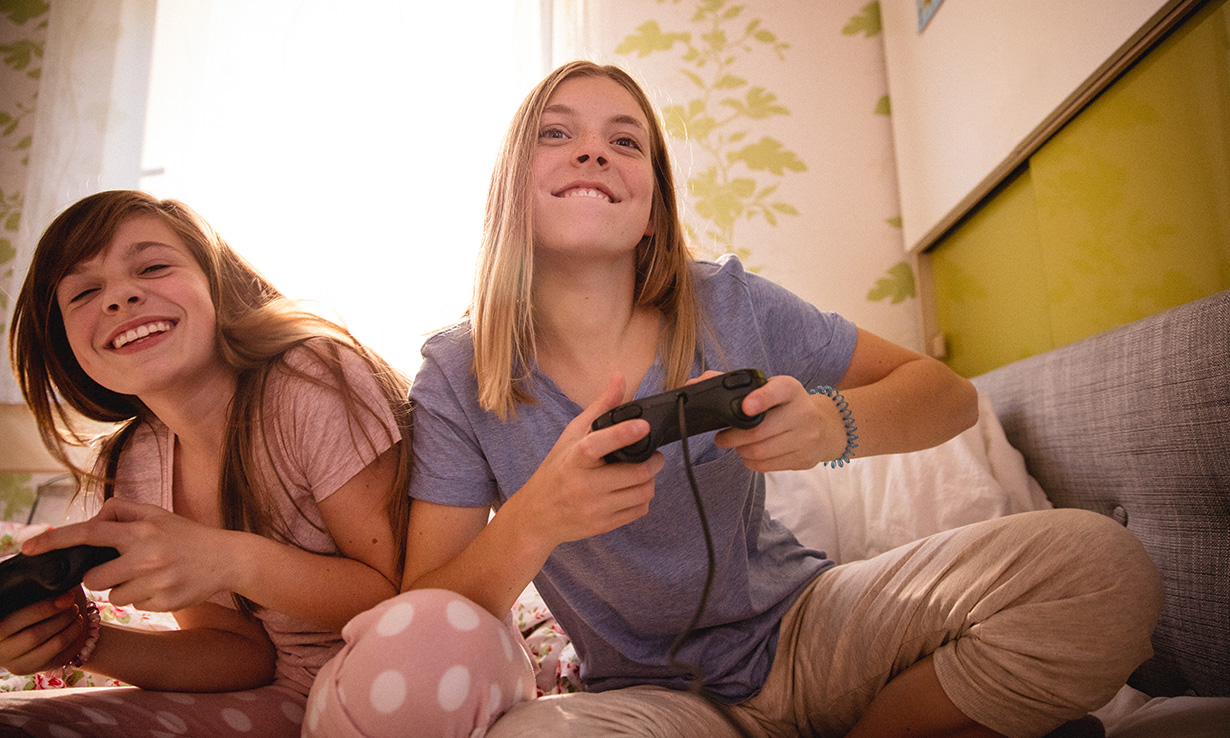 If your teen is into gaming, the first thing they’re likely to have at the top of their Christmas gift is a next-generation console. Both Sony’s PlayStation 5 and Microsoft’s Xbox Series X and Series S are being released just before Christmas.

First things first: it’s worth doublechecking which one your teen wants. Gamers are tribal. Get a Microsoft console for a Sony fan and rather than gratitude you’ll likely be met with a festive mope, despite the outlay.

If you stump up for an Xbox, make sure you get the right one. The Series X is a higher-powered, larger machine, but not necessarily worth the extra money for casual gamers. Depending on the amount of time and level of gaming the recipient is likely to do, the cheaper, smaller Series S could be a good option.

If they’re not into consoles it’s possible they prefer PC gaming. Buying a gaming PC for someone else is a minefield, so we’d suggest looking at some peripherals instead, such as a gamepad – a controller similar to those sold with consoles that have directional buttons and keypad – that plugs into their PC’s USB port.

You could also consider getting them a gaming keyboard and mouse. These look similar to a standard keyboard but are made with higher-quality components, meaning they have faster reaction times, and are optimised for games.

Mechanical keyboards, which have actual switches under the keys rather than an electronic sensor, are considered better for gaming. The Razer Huntsman Elite (£165, razer.com) is far from the cheapest option but has some of the quickest reactions. 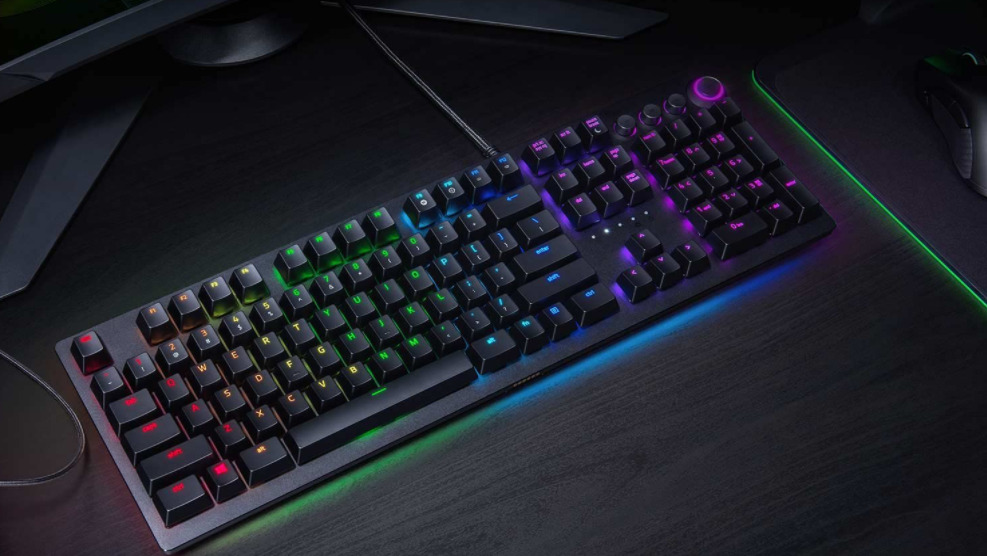 A cheaper alternative at less than half the price is the SteelSeries Apex 3 (£60, steelseries.com). It doesn’t allow keys to be reprogrammed, which some gamers want, but it’s more than suitable for committed amateurs.

With it, you’ll want a lightweight, rapid-response mouse: the Logitech G502 Hero (£80, logitechg.com) offers 11 buttons – enough to streamline most games for a dedicated player.

Between the office coming home and the on-again, off-again challenge of schooling during the coronavirus restrictions, it seems like there are never enough hours in the day. There weren’t even before the pandemic struck, but now more than ever parents are juggling family and work life – and with the addition of all the stresses and strains that 2020 has brought. 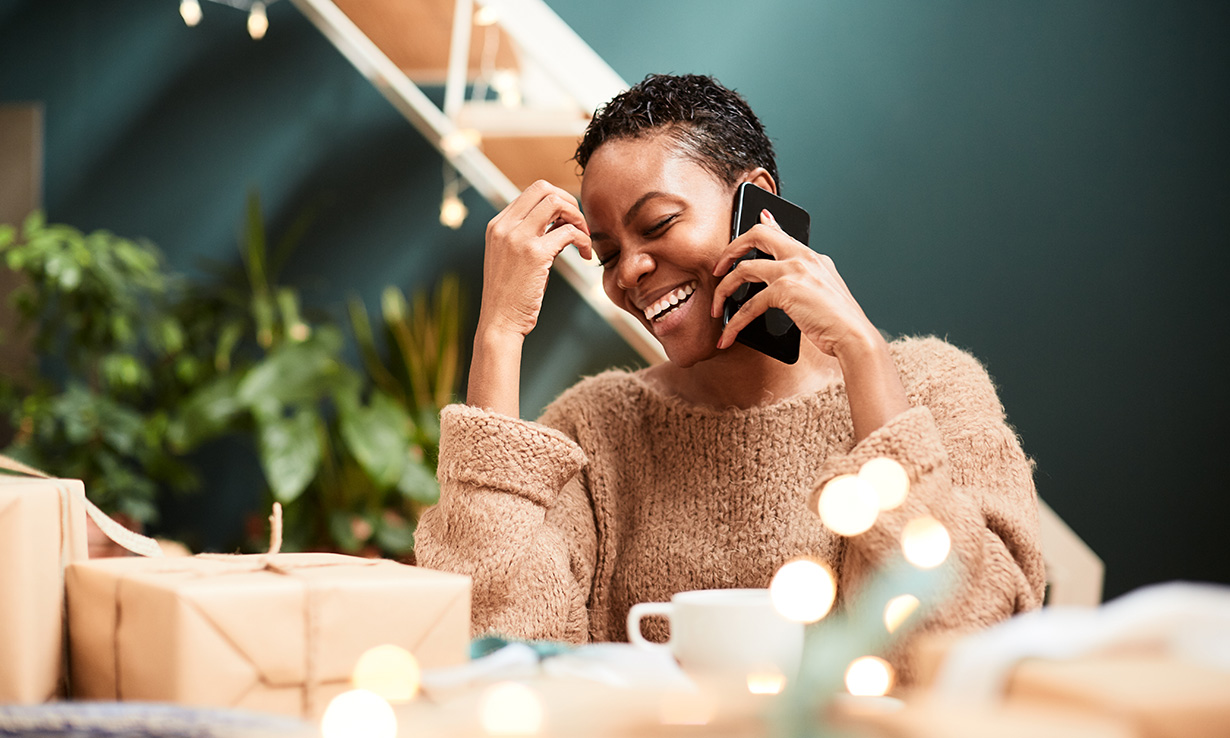 There are a clutch of apps, gadgets and services that can try to claw back some me-time, and they can help you manage your life a bit better

Consider the reMarkable tablet (from £299), an e-ink digital tablet on to which you can jot down notes that can be converted into text and shared via its companion app. It’s a great way to capture thoughts and notes on a device that isn’t too hard on the eyes that you can later export and share with family members – a big improvement on scrawled notes stuck on the fridge door.

A busy parent might want to track their precious sleep, and there are a number of gadgets to do that, ranging from the familiar Fitbits (from £70) to the slightly more esoteric Oura ring (from £299). As the name suggests, it’s a ring, meaning it’s less cumbersome to wear than a smartwatch or a Fitbit, and it monitors your heart rate and how much you move during the night. The data it collects is displayed via its smartphone app, giving you insights about how to improve your slumbering hours. 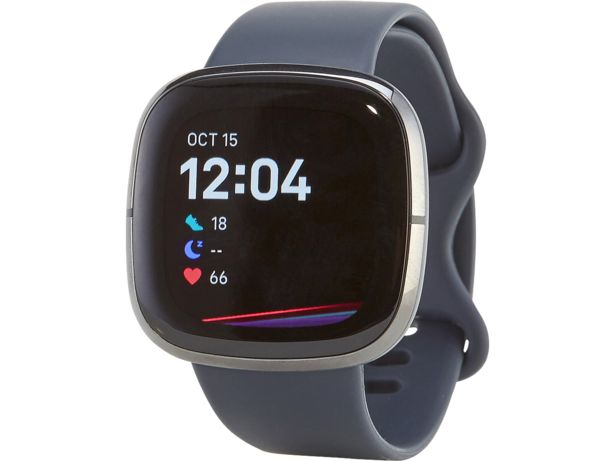 If you’re feeling generous, a busy parent will appreciate using their sleep app on a top-of-the-range smartphone: current models at the premium end of the spectrum include the Apple iPhone 11 Pro (from £1,049), the Samsung S20 and Note 20 ranges (from £899) and the Google Pixel 5 (£599).

If the busy parent is about to get busier with a new baby, there’s plenty of tech-enabled help for them to stay sane in a child’s early months, too.

The Tommee Tippee Closer to Nature digital video and movement baby monitor is one option (£55). It’s a cut above the standard baby monitor set: it includes a sensor pad placed in the cot that monitors the baby’s movement, and an infrared night vision camera so you can keep an eye on how they’re sleeping.