Caterpillar cakes are a staple for children’s birthday parties in the UK. Every supermarket has one, although Marks & Spencer’s iconic Colin the Caterpillar was the first on the scene, launching roughly 30 years ago.

Marks & Spencer began legal action last week against Aldi for trademark infringement with its Cuthbert the Caterpillar cake, but how do the rest compare? We tasted six caterpillar cakes including: 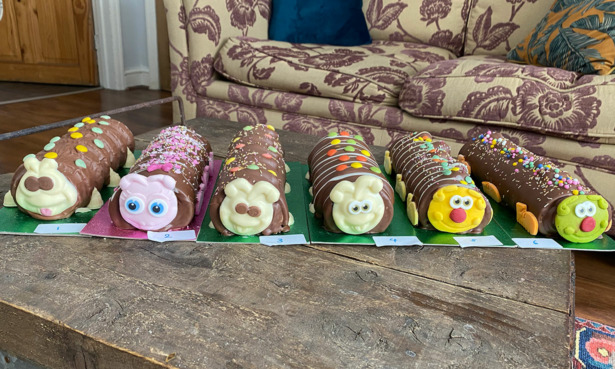 Unfortunately, Aldi’s Cuthbert the Caterpillar couldn’t attend as it’s a seasonal product and not in stock at the moment.

The caterpillar cakes were gathered to finally put an end to one of the key debates of our time. Which supermarket caterpillar cake impresses most in terms of taste and appearance?

Which is the cheapest supermarket?

How we tested the cakes

Over two days, nine taste testers – a mix of adults and children – rated each of the cakes on taste and appearance.

Our testers tasted and examined each cake blind, and the order of cakes was rotated to remove any bias in the results.

Each tester was given a slice from the middle of the cake and cleansed their palate between samples. 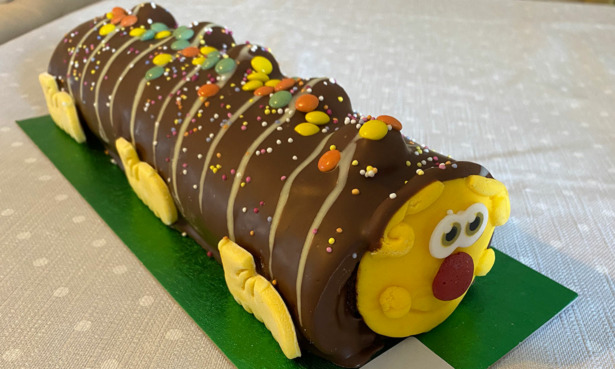 Appearance: Charlie’s face and feet are made of icing with an icing nose and eyes. His chocolate shell has a white chocolate striped pattern, and it’s covered in sprinkles and colourful sugar-coated chocolate buttons.

Verdict: Fun and vibrant, Charlie has a happy, welcoming face and he clearly tastes nice too, as this caterpillar cake was given full marks for taste by five of our nine judges.

One of our judges said: ‘It’s easily and obviously the best. It’s moist, spongey and a clear winner with the most flavour.’ Another enjoyed polishing off the leftovers after the test.

It’s safe to say Charlie is a caterpillar cake that’s invited to all our parties. 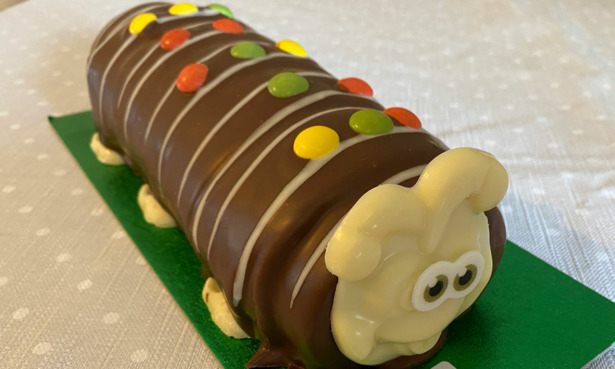 Taste: Our testers described Cecil as ‘a bit dry’, but it has a good ‘crunchy shell’ and overall ‘yummy’ chocolate flavour.

Verdict: Cecil was dense and filled with chocolate icing. He was sweeter than most of the other caterpillars, though his sponge was a bit dry.

Simple and sleek, he came top for appearance for four of our nine testers.

Too many leftovers from a garden party or BBQ? Make sure not to waste them with our eco food wrap advice.

How the rest of the caterpillar cakes fared

Below we’ve listed our verdicts on the rest of the caterpillar cakes in alphabetical order. 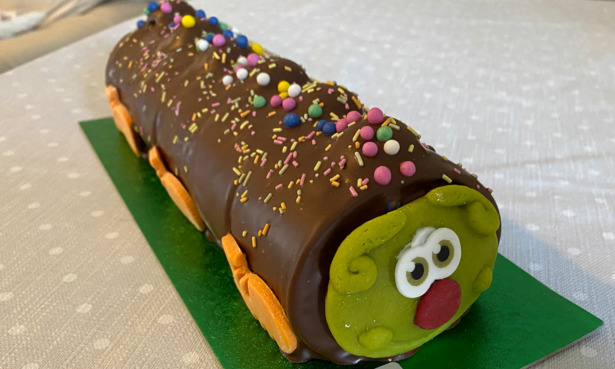 Taste: Clyde’s flavour split the panel, with some loving his gooey buttercream insides and others saying he was too sweet and far too dry.

Appearance: Clyde was a riot of colours with a bright green face, red nose and lots of sprinkles and sugar-coated chocolate confections. He has an icing face, eyes, nose and shoes and a chocolate shell covered in sprinkles.

Verdict: A bit dry and some said too sweet, as well as a visual overload with all the sprinkles and sugar-coated confections. 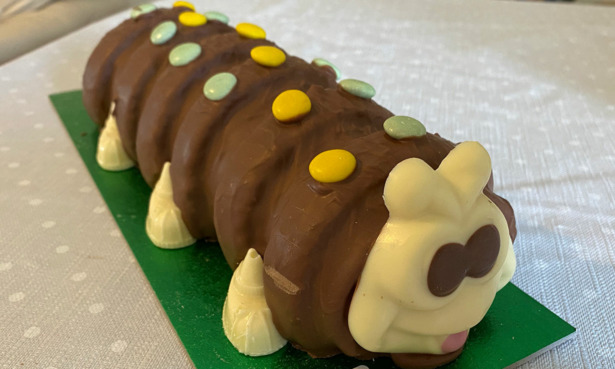 Taste: Colin was described by most of our testers as being ‘moist, light and not too rich’, and having ‘a good crunchy shell’. However, some of our testers thought he was a bit too dry and had a somewhat bland flavour.

Appearance: Most agreed Colin had the best chunky white chocolate feet, with a thick white chocolate face and pink tongue. However, some of our testers found the lack of eye details disturbing. 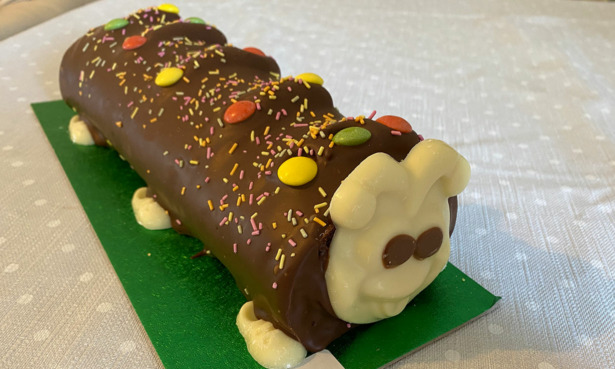 Taste: Wiggles has a generous amount of buttercream swirls and most of our testers said he was more chocolatey than some of the others. However one of our testers described this cake as ‘nothing special’ and the lower ratings from the panel reflect this.

Verdict: Wiggles was a delicious chocolate treat, receiving the second-highest marks for flavour. 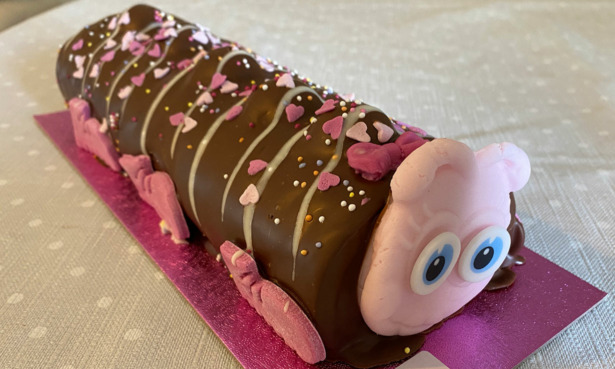 Taste: Calli had a fudgy flavour. The decorations offered an enjoyable texture but overall she was a little underwhelming.

Verdict: Most of our testers agreed on the averageness of this caterpillar cake. There was nothing wrong with it, but it failed to wow anyone, especially compared with some of the others.

Anyone who has cut a caterpillar cake knows it’s not the most straightforward to share out. In fact, it can be tricky to ensure the chocolate stays with the piece of cake you are cutting.

However, we found that you could prevent the chocolate shell from shattering if you use a very sharp knife. We got the best results when drawing the knife across the cake while pressing down with even pressure.

Obviously, if this is a children’s party, make sure any sharp knives are kept out of reach.

If you’re in the market for a new chef’s knife, read our head-to-head of the best chef’s knives and take a look at our guide to the best knife sharpeners.

We bought all the products we tested.