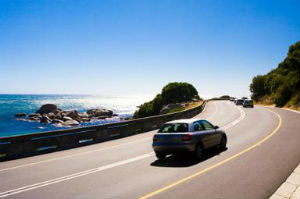 Your car insurance premium could rise by more than a third following a claim, even if you weren’t to blame, according to new Which? research.

In July and August 2016, we obtained quotes from 12 major insurers, checking to see what difference it would make to a quote if someone had made a claim for a minor scrape that wasn’t their fault.

Esure increased its quote by 39% after we added a claim where the driver was blameless but their insurer had had to pay. More Than (33%) and Rias (29%) also upped their quotes significantly.

What’s more, we found that two insurers, Admiral and Esure, charged extra even when we said we hadn’t claimed for the incident.

Car insurance: who is at fault?

The difference between a car insurance ‘fault’ and ‘non-fault’ claim sounds relatively straightforward, but when we surveyed 1,281 UK drivers, only one in five understood the industry interpretation.

Insurers don’t view ‘fault’ like normal people do. If someone damages your car, your premium can rise, even if you’re blameless – and even if you didn’t claim.

Regardless of whether you’re to blame for the actual incident, you will be regarded as ‘at fault’ if your insurer has to pay for it. This would apply, for example, if your car was hit by another driver while parked and that other driver couldn’t be traced.

A claim is considered ‘non-fault’ if your insurer hasn’t ultimately incurred the costs – for instance if it is able to recoup its expenses from the other driver’s insurer.

Costs for an accident where no claim is made

Three in ten of the motorists in our survey thought that you don’t have to disclose incidents where you’ve paid for the repairs yourself. Unfortunately, this isn’t true. By law, you have to answer fully all questions asked by an insurer – or you risk having a claim, or even your entire policy, invalidated.

Esure increased our premium by 15% simply for declaring a scratch without having made a claim.

It told us: ‘This was reported as an incident, which would include a wide range of different damage scenarios, and wasn’t a specific uplift for a scratch.’

How the insurers compared

Our driver is a married woman in her mid-forties, with low annual mileage, five years’ no-claims discount and a clean driving history.

All prices collected in July and August 2016 directly from insurers’ websites using details of a real driver. We chose a standard comprehensive policy with a voluntary excess of £150 and no add-ons. For each scenario, we changed only the details of the claim. All other details remained identical. All prices and percentages rounded to the nearest whole number. Insurers are major insurers and our Which? Recommended Providers. NFU Mutual is excluded because it only provides quotations over the phone. Saga is excluded as it only provides quotes for over-50s.