If you’ll be trawling through the Black Friday sales looking for your next tumble dryer, cut-price deals are unlikely to be in short supply – but are the dryers on offer any good?

Expert research carried out by Which? can tell you exactly how much you’ll need to fork out to get a tumble dryer that won’t leave your clothes damp and crumpled.

We’ve found that, in general, more expensive tumble dryers will do a better job of helping you breeze through laundry day – but we’ve also identified a select few models that will leave your clothes dry and crease-free without breaking the bank.

Take your pick of our Best Buy tumble dryers. 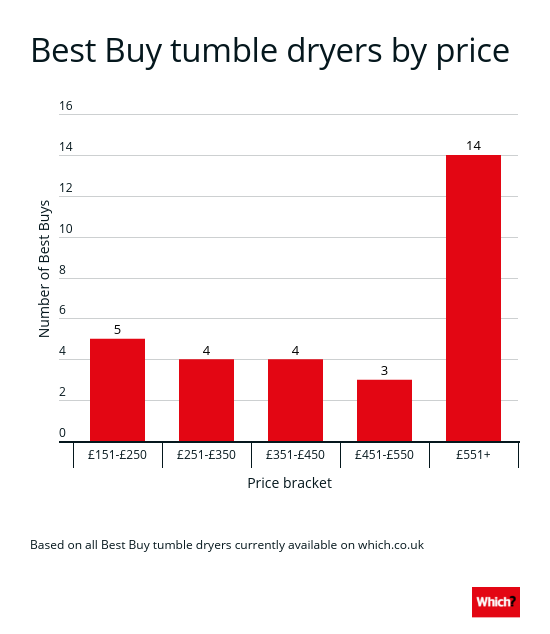 There are quite a few Best Buys to choose from for those on a tight budget, although they are all vented or condenser dryers. These have higher running costs than pricier heat-pump dryers – roughly £58 a year more on average.

If you can’t stretch to a more expensive model, select a cheap tumble dryer with care. All but one of the tumble dryers we’ve tested that were bad enough to be named Don’t Buys were in the £100-£350 price bracket.

Not sure whether you want a vented, condenser or heat-pump dryer? Our guide on how to buy the best tumble dryer will help you decide.

Brands commonly found at this end of the price range include Beko, Hotpoint, Indesit and White Knight.

You might not think that tumble dryers this cheap would have cutting-edge technology, but you’d be surprised. More than half the dryers we’ve tested at this price have sensors that automatically stop programs early when they detect the clothes are dry.

There are tumble dryers with varying capacities available, so if your household has a lot of laundry to dry, there are cheap machines that will be well suited to your needs.

And we’ve found some great budget tumble dryers. Of the 40+ dryers we’ve reviewed in this price range, five were good enough to be named Best Buys.

But watch out – we’ve also found that a third of dryers at this price are bad enough that we advise not to buy them.

Some cheap tumble dryers will get your cottons dried quickly, but will take far too long with your synthetics. Just under half of the low-cost dryers we’ve tested get your synthetics dried in good time. 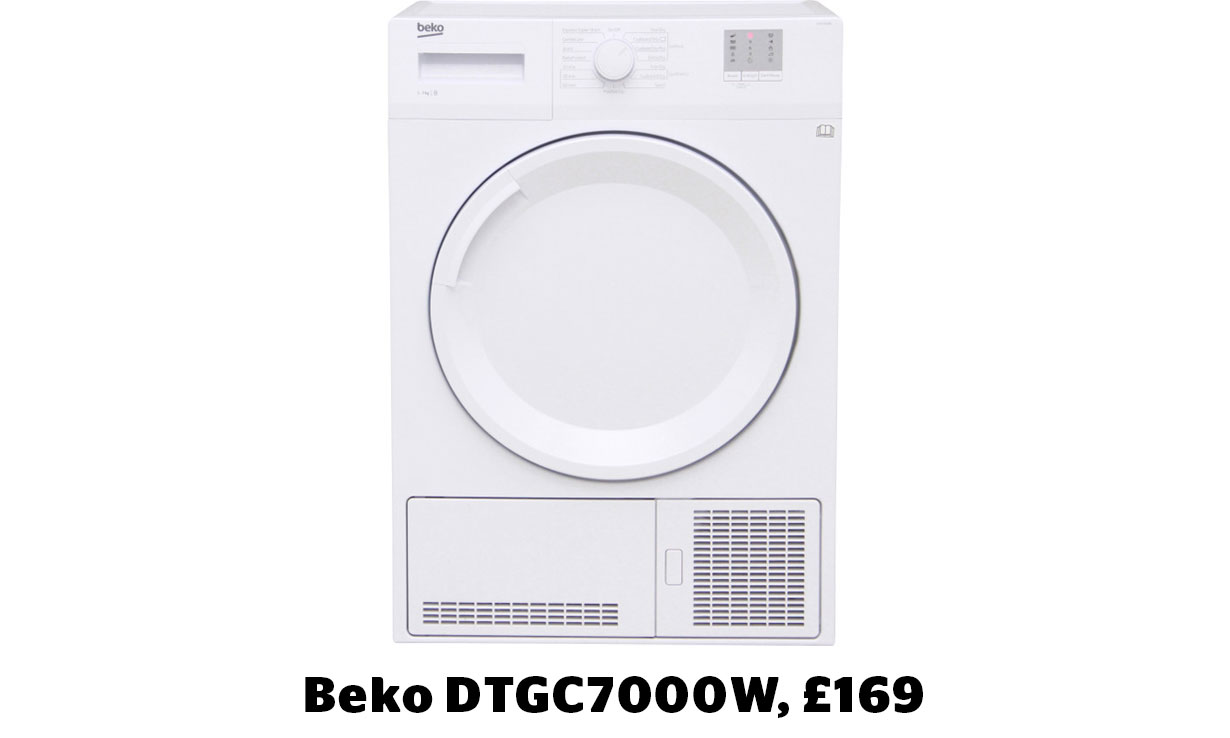 There are a couple of cheaper-to-run heat-pump tumble dryers at this price, but they aren’t very good.

The best tumble dryers at this price will do a great job of getting your clothes dried well, and in good time too.

Compare the tumble dryers that scored highly for creasing. 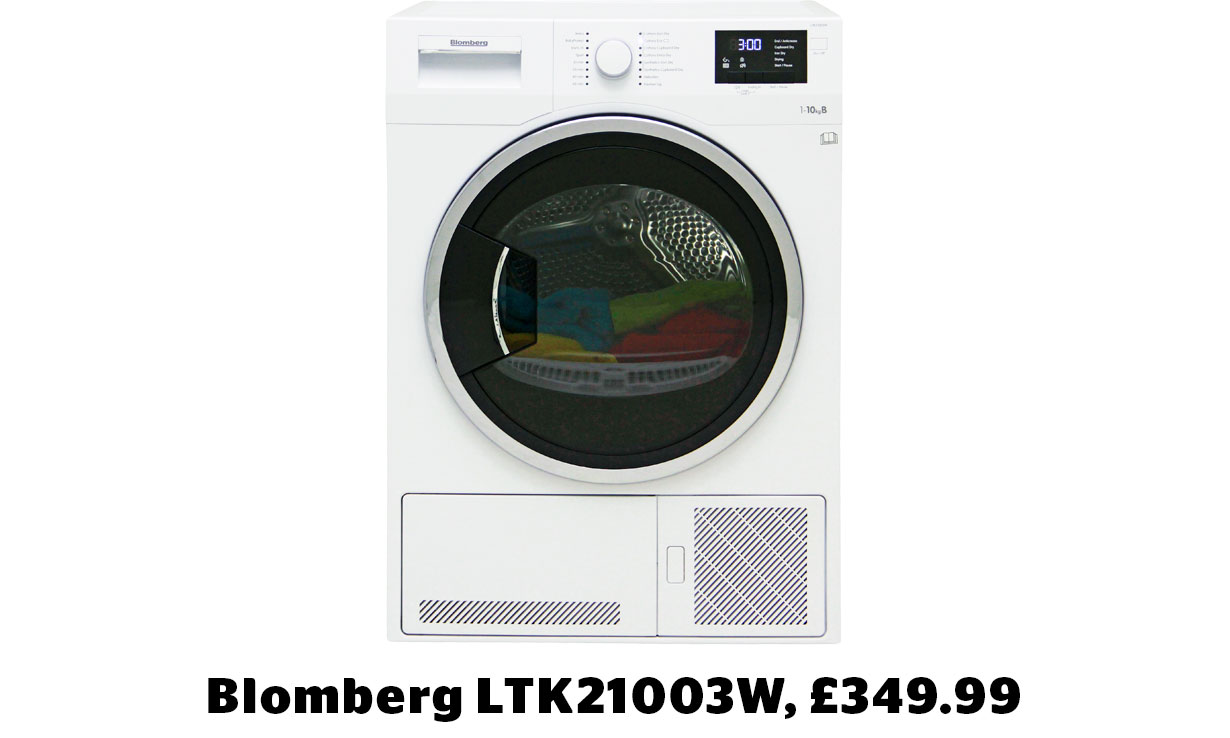 Stretching your budget to around £500 should ensure you don’t get a terrible machine. We’ve only tested one tumble dryer around this price that was bad enough to be named a Don’t Buy.

There aren’t many Best Buys either, though. Of the 30+ tumble dryers we’ve reviewed at this price, only four qualify as Best Buys.

A downside to dryers at this price is that they tend to take a long time to complete programs. Only a quarter of those we’ve tested scored highly for running time.

On the plus side, tumble dryers around this price tend to have fairly low running costs. Four in five have yearly running costs cheaper than the £67-a-year average across all dryers we’ve tested.

If low running costs matter to you, check out our top five energy-efficient tumble dryers for 2019. 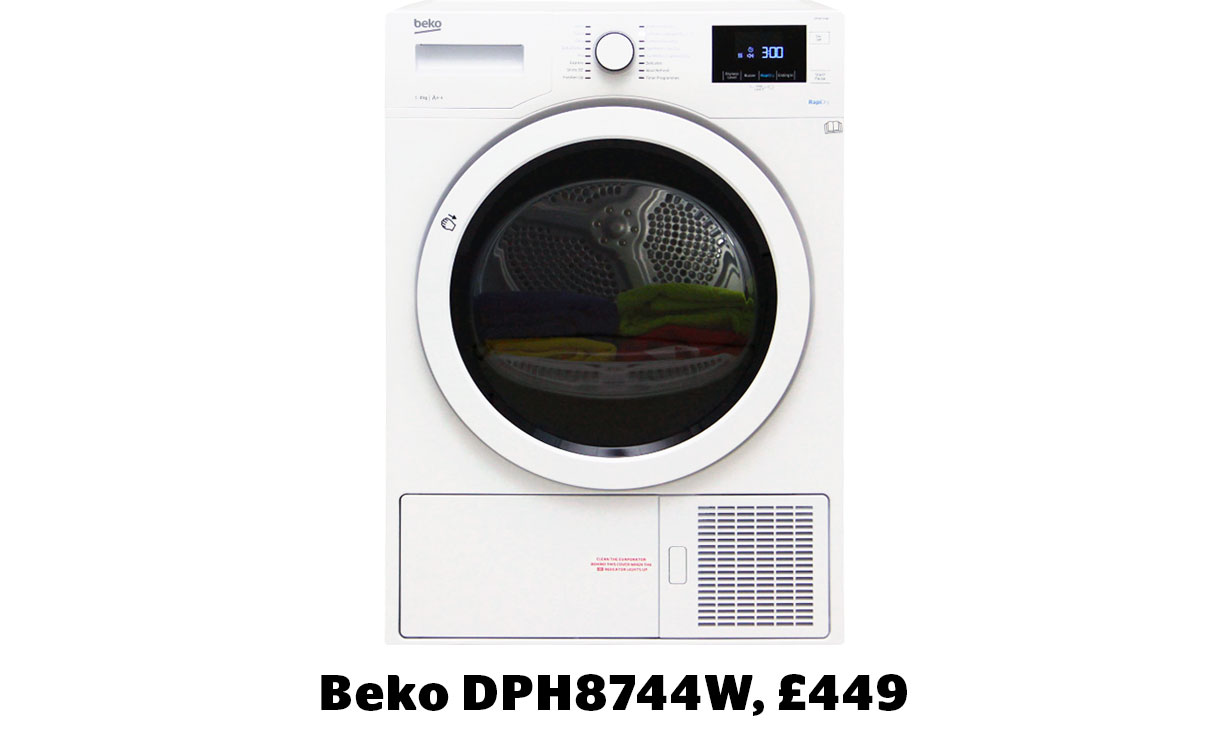 More than two thirds of the tumble dryers we’ve reviewed that cost more than £500 are Best Buys, with many scoring very highly for how well they dry clothes and how well their condenser unit works.

The vast majority of tumble dryers we’ve tested at this pricier end of the market are heat-pump dryers.

Paying more for a dryer up front could save you money in the long run – three quarters of the machines with running costs low enough to earn our Energy Saver logo cost more than £500 to buy.

Expect it to take five to six years before the savings from lower running costs offset the higher upfront price tag, though.

If you really want to splash out, check out Miele tumble dryers, some of which include fancy features such as a plug-in capsule that makes your clothes smell fresh. The cheapest machine we’ve reviewed from Miele costs more than £600, and the most expensive one is almost £1,400.