There are many reasons why you might buy your child a smartwatch or tracker – encouraging them to get active, getting them comfortable with tech from a young age, keeping tabs on their whereabouts, and even just pure fun.

If you’re thinking of buying one for your child for Christmas, and you missed the Black Friday sales, you may be hoping to nab one this Cyber Monday. To make things easier for you, we’ve pulled together a list of things to think about.

We’ve also reviewed some of the most popular kids wearables, testing their key features in our lab, checking if they’re secure from hackers – and asking children what they thought.

More interested in getting a wearable for yourself? See our round-up of best smartwatches and best fitness trackers on the market.

Kids fitness trackers reviewed by Which? 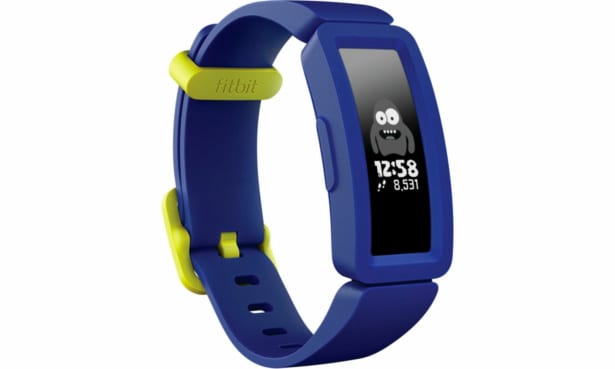 A tracker aimed at kids aged six and above. In contrast to the Ace (below), it’s visibly childlike, with a chunky design. The bands come in bright colours, such as yellow, pink, green, purple and blue, or you can choose a patterned one.

It can track steps and sleep, and will send your child a reminder to get moving if they’ve been inactive for a while.

We asked a six year old to try it out, and she told us it was ‘really smart and comfortable to wear’.

Argos and Currys also have a deal which might be worthwhile if you want a Fitbit for yourself: the Fitbit Inspire HR and Fitbit Ace 2 together for £99 (£119 at Currys last week for the same bundle).

The Inspire HR alone is being sold for £89.99 at Currys – although, oddly, it’s cheaper to buy it along with a Google Nest Mini from Currys than alone (currently £74.99 for the bundle).

Read our full Fitbit Ace 2 review, or buy it now from Amazon. If you’re thinking of going for the Argos or Currys deal, make sure you read our Fitbit Inspire HR review first. 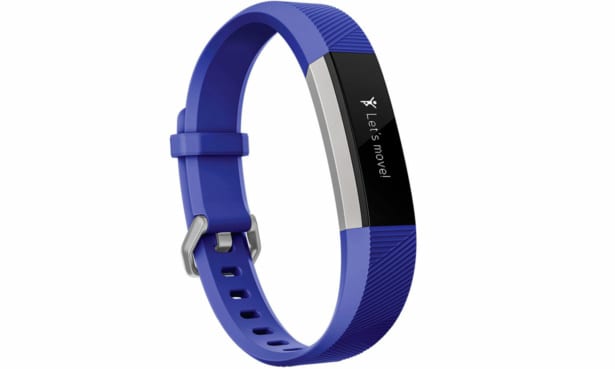 Fitbit doesn’t sell the Ace directly, anymore, as it’s been superceded by the Ace 2. However, the Ace 2 is targeting a younger age group – the Fitbit is for kids of eight and over. If it’s the original Ace you’ve set your heart on, you can pick it up for £79.99 on Amazon.

It looks more like an adult tracker than the Ace 2, so could appeal to a slightly older child – perhaps if you’ve also got a Fitbit and your child wants to be matching.

Like the Ace 2, it can track steps and sleep. This one isn’t swimproof, though.

Read our Fitbit Ace review, or buy it now on Amazon. 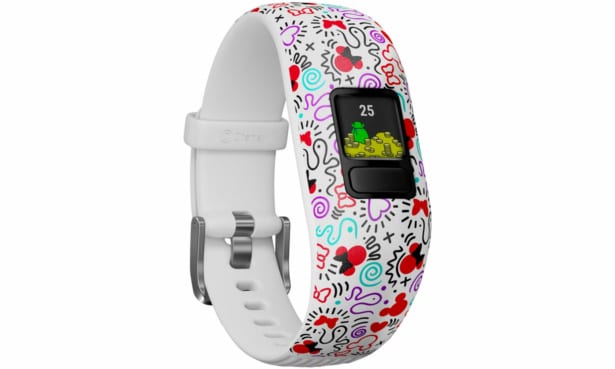 This one is for children aged four plus.

As well as being able to track steps and sleep, it offers rewards for completing chores and meeting daily activity goals. When your kid meets these targets, they can unlock new adventures in the games on the app.

Your child can keep it on in the pool, too.

The straps come in several fun designs, including Disney, Marvel and Star Wars.

‘I love the Marvel strap’, one of our child testers told us.

Read our Garmin Vivofit Jnr 2 review, or buy it now on Amazon or Currys

Kids smartwatches reviewed by Which? 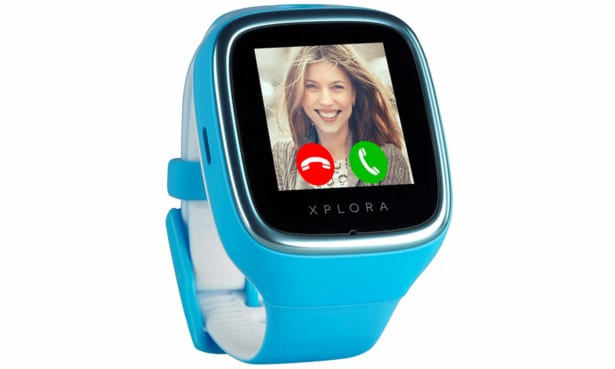 The Xplora 3S is targeting a large age range – three to 12 years – and it’s designed to act as a child’s first smartphone. You can use it to call, text and share photos with your child across the day.

Unlike the Fitbits and Garmins above, you can also use it to track your child’s whereabouts and get alerted if your child leaves a designated ‘safe zone’. And there’s an SOS button which your kid can use to contact you in an emergency.

As with the others, your kid can track their steps and get involved in fun challenges.

It’s currently being sold on Amazon for £180 on Amazon – but don’t buy it from there, because it’s currently £130 on the Xplora website. There’s an Xplora 4 out (hence the 3s has dropped in price), but we haven’t tested this yet. These prices are for the sim-free version: so you would need to buy a compatible nano-sim card separately. You can also buy versions with the sim pre-installed. Remember to factor in this cost, as well as the cost of the data plan.

Read our Xplora 3S review to find out more. 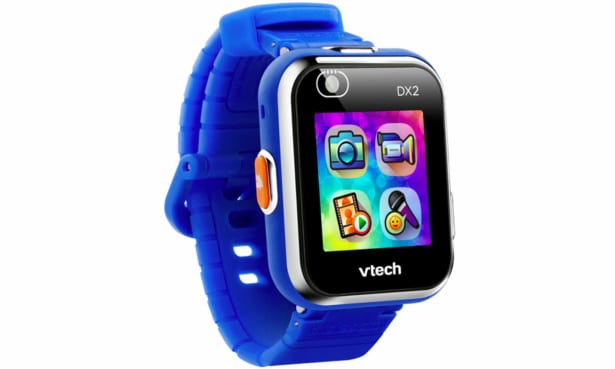 Like the Xplora 3S, this one is aimed at a wide age group – four to 12 years.

We haven’t seen this one on sale yet – although that may change in the run-up to Black Friday. But it’s one to consider regardless, as, even at full price, it’s the cheapest kids wearable we’ve reviewed. And you’ll get a surprising number of features for the price. Really, it’s a watch, toy and learning aid all rolled into one.

You kid can take pictures and videos with it and play games (including some educational ones, and one with a cool augmented reality feature). Unlike the others here, this one is controlled via a desktop app, rather than an app on your phone.

‘I love it – especially the games’ enthused our child tester. ‘The big screen was brilliant, the buttons were the right size for my fingers and the colour was really cool’.

Read our VTech Kidizoom DX2 review, or buy it now on Amazon.

Things to consider when buying a kids wearable for Christmas 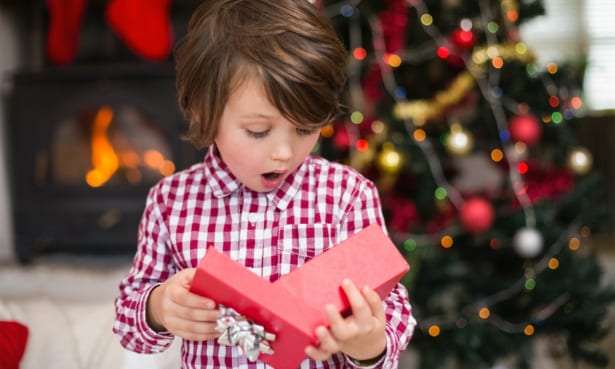 A wearable is for life, not just for Christmas. Well, that’s not quite true, but they are designed to be worn daily (and nightly, for sleep tracking). So make sure you don’t buy one that’s going to get discarded before it’s even New Year’s Day.

The age of your child

As you’ll see from the wearables we’ve featured here, kids wearables target a range of ages.

While some, such as the VTech Kidizoom DX2 and the Xplora 3S, go up to the age of 12, others are for very young kids. Do your research to make sure you don’t buy one that’s too old, or too childish, for your kid. A 12 year old may be too grown-up for a kids wearable and might not want to wear it to secondary school, especially if their friends have smartphones.

Do you want one that’s more about fitness, learning through play, staying in touch, safety, or all of these? Does your child need features such as photos, swim proofing or sleep-tracking?

How concerned are you about safety? Do you need an SOS button, for example?

Can you turn off notifications if you don’t want your child to be distracted during school or at the dinner table?

And what about chores, if your kid is on the lazy side? Check our reviews to get our assessment of how useful this feature was in the Garmin Vivofit Jnr 2. 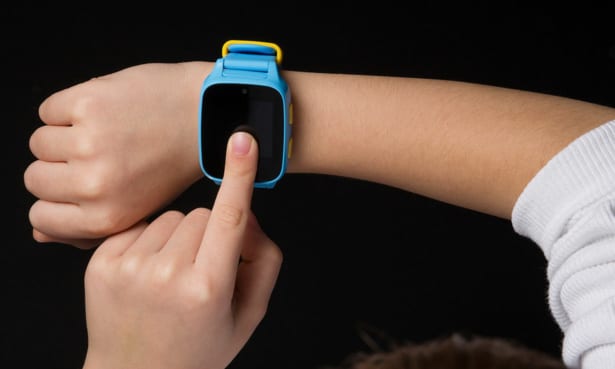 While you might love the idea of surprising your kid, it’s best to get them to try it on, as an uncomfortable tracker isn’t going to get worn. If you’re buying online, check your rights to a refund in case your child finds it chafes, is to heavy for their wrist, or is tricky to fasten.

Consider the aesthetics – some kids might love a bright, chunky design, or a Disney wristband; others might want something like the Fitbit Ace, which looks more adult. Don’t just pick one you like the look of.

Several of us Which? staffers loved the look of the VTech Kidizoom DX2, for example, describing it as ‘retro’, ‘brilliantly kitsch’ and ‘reminiscent of Baby G watches and Tamagotchis’. Meanwhile, a 12 year old told us ‘I wouldn’t be seen dead in it’.

The job of charging it may well fall to you. If it needs charging daily, is this something you’re prepared to take on? If you’re already run ragged, it might not be. Use our reviews to find out how long these wearables lasted between charges in our tests. 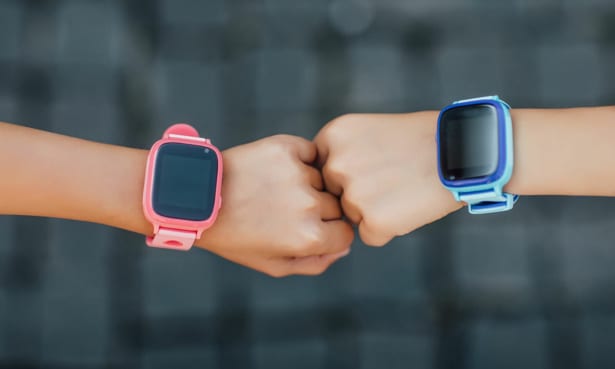 The father of one of our child testers expressed concerns that the VTech Kidizoom offered ‘a bit too much tech for a six year old’. It’s great to get your child comfortable with technology from a young age, but exercise caution if you think your child is going to get hooked on looking at the screen.

… And your own personality

If you’re an anxious parent, will attaching a GPS tracker to your kid reassure you? Or will it make you even more paranoid? Children naturally crave more independence as they get older, so consider whether it’s necessary to give your 12 year old a watch such as the Xplorsa 3S with a geo-fencing feature. 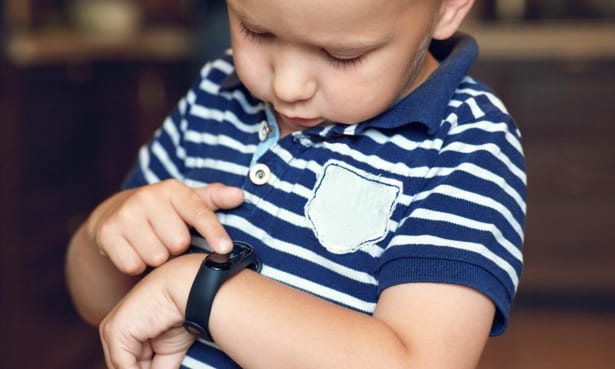 We’ve put all the wearables featured through our security tests, with the exception of the VTech Kidizoom DX2, which went through a pared-down version (as it had fewer features to test).

We didn’t uncover flaws in any. But some kids wearables have been found to have big security flaws.

If you’re buying one we haven’t tested, make sure it’s from a well-known brand, with plenty of good reviews. A big name is no guarantee it will be safe, but it’s more likely the company will have taken seriously its responsibility to make sure its products are secure.

If you’re buying in the Black Friday or Cyber Monday sales – is it a genuine bargain?

Don’t feel you have to snap up the first wearable you see on sale. While we can’t know whether you’ll see these wearables here reduced further, it’s possible other retailers will be slashing their prices in the Christmas or January sales.

We’ve seen a number of so-called Black Friday sales that aren’t all they seem.

Find out more: our Black Friday 2019 guide is packed with the latest deals and shopping tips to avoid getting ripped off in the sales.