The dates for Amazon Prime Day have just been announced. Here’s everything you need to know about the sale event and how to get the best bargains.

Amazon has just announced that its Prime Day sales event will run on Tuesday 13 and Wednesday 14 October.

It usually takes place in July, but it’s believed the outbreak of COVID-19 delayed the event this year.

So what do you need to know before splurging your cash?

Read on for expert tips on getting the best price as well as how to spot fake reviews and whether the Amazon’s Choice badge actually means a product’s any good.

1. What is Amazon Prime Day?

Amazon Prime Day is an annual sales event open only to Prime members, which costs £7.99 per month. This year, it’s being held on 13 and 14 October.

New members get a 30-day free trial, which you might consider worth it to bag a bargain – just don’t forget to cancel if you don’t want to continue.

As well as access to Amazon Prime Day deals and other sales, you get free next-day delivery on a range of products. Amazon also includes other services in a Prime membership, such as Prime Video and Prime Music.

Watch out if you don’t want to sign up – we’ve found many Amazon customers have accidentally signed up to Prime, in many cases as a result of misunderstandings or confusion over the sign-up process. 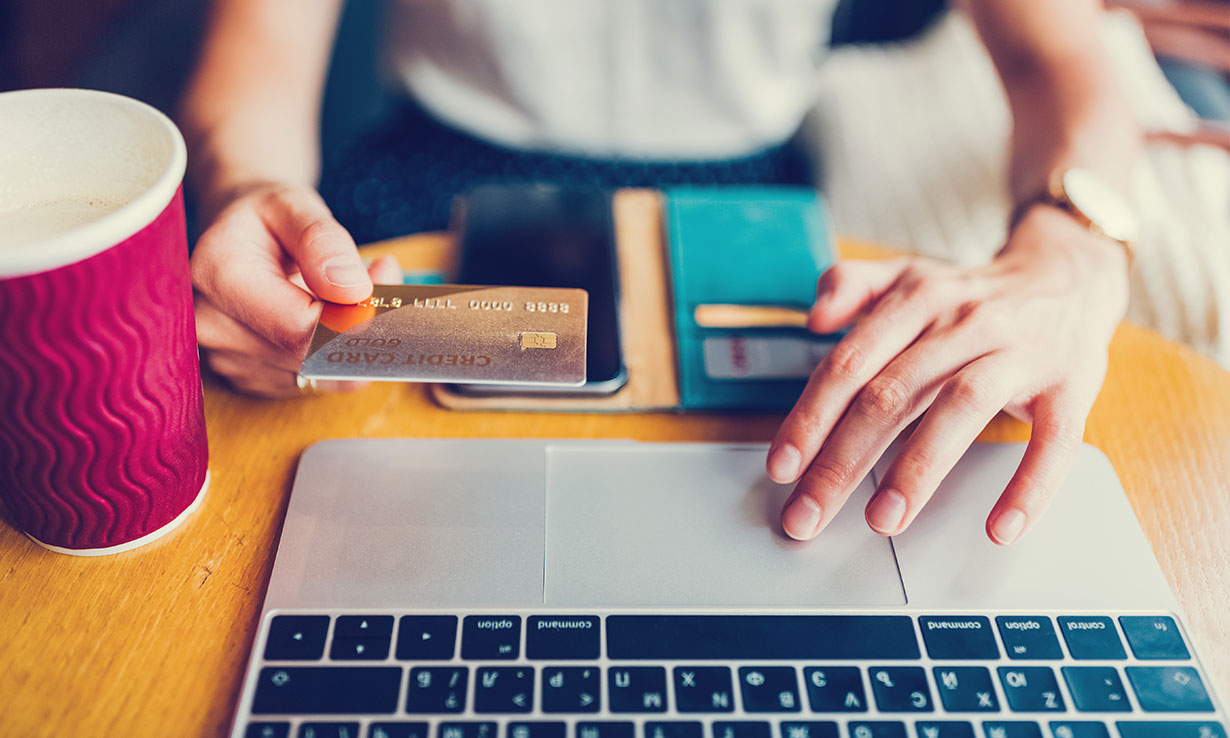 2. What shoppers really think about Amazon

We quiz thousands of people every year to reveal the best and worst shopping websites.

In our latest annual survey, 7,604 Which? members told us about how satisfied they were with their online shopping experiences and whether they would recommend each retailer.

Our results include Amazon and other online marketplaces such as eBay, plus the websites of more traditional bricks and mortar stores. If you’re shopping for a particular product, we also break down how well stores performed in specific categories, from clothes and beauty to DIY and electrical appliances.

Find out whether you should be using Amazon by checking out the full results of our latest best and worst online shops survey.

Good reviews are crucial for people trying to sell on online marketplaces, as potential customers are more likely to buy something if others have bought and enjoyed it.

But positive reviews can also be bought, with sellers paying genuine people for a good review by giving them the product for free or promising gift cards to fund their next purchase.

And these aren’t the only ways fraudsters can exploit online reviews. Which? has conducted a series of investigations into fake reviews on Amazon, as well as other online marketplaces, exposing the multitude of tricks sellers use to artificially promote their products.

Don’t get caught out by misleading or fake customer reviews. Top tips to help you avoid getting stung include:

For more expert tips, read our guide on how to spot a fake review. 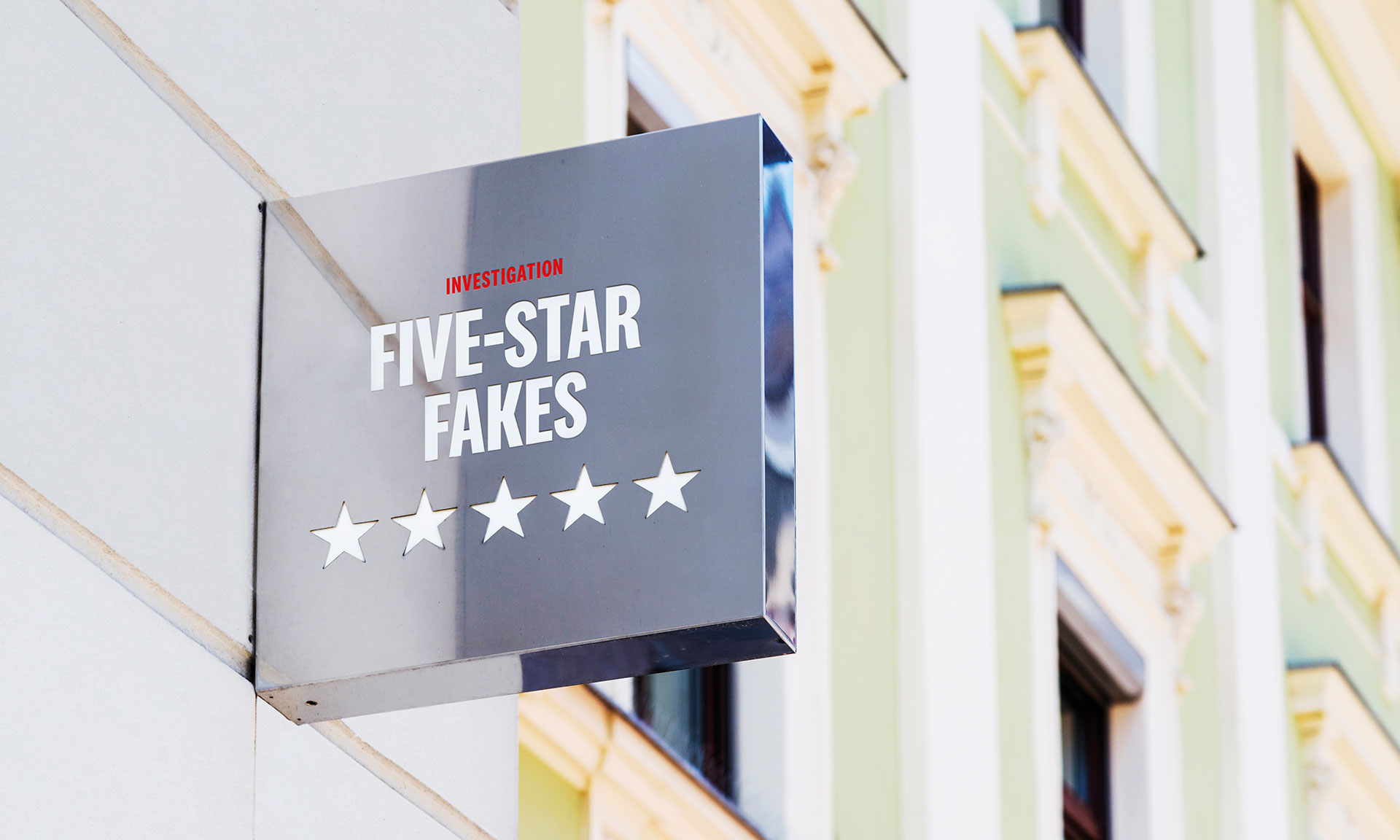 4. Grab a bargain by setting up price alerts

Got your eye on a particular item but wondering if Amazon Prime Day is really the right time to buy?

You can compare the prices of items online using websites such as CamelCamelCamel (for Amazon only), and Google Shopping, Kelkoo, PriceRunner, and PriceSpy among others.

These can help you track prices of items you’re interested in. Some send you an alert when the price drops and have price history charts. 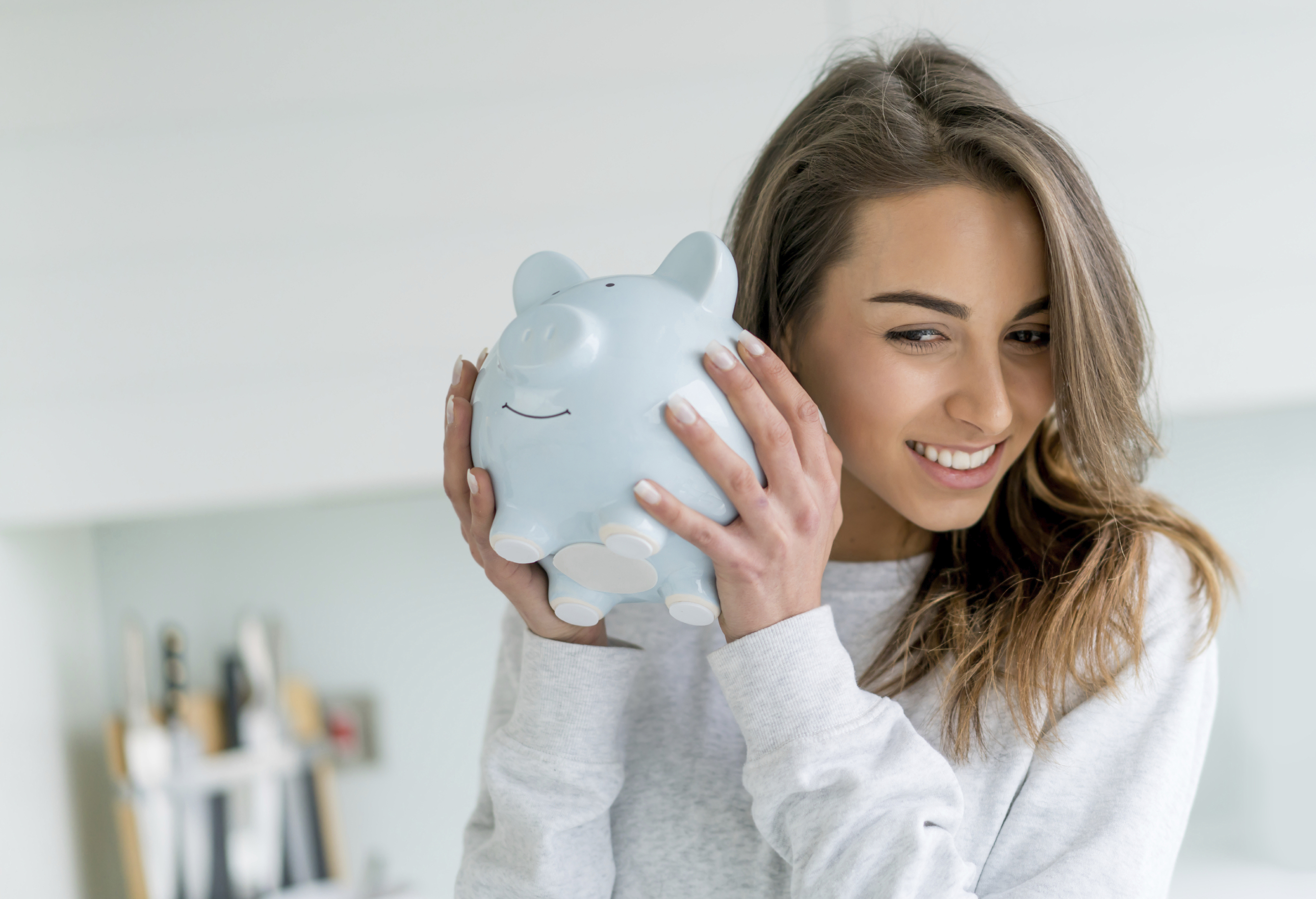 5. What does Amazon’s Choice actually mean?

Amazon doesn’t fully explain how the Amazon’s Choice badge is awarded – but we know it’s an algorithm that uses both ratings and price.

Many shoppers view the Amazon’s Choice badge as a mark of quality, but our exclusive Amazon’s Choice investigation earlier this year showed Amazon’s Choice recommending potentially poor-quality products that appeared to have been artificially boosted by incentivised and fake reviews.

Which? believes the system is easily gamed by unscrupulous sellers.

Our top tip? Don’t just rely on the Amazon’s Choice badge. Read the reviews yourself, compare prices and look at delivery times – and you’ll be much more likely to make a good purchase.

An exclusive Which? price-tracking investigation found Amazon adjusted its prices much more frequently than any of the other big-name retailers we checked.

In a year-long investigation, we tracked the prices of 32 of the most popular makes and models of home and tech appliances across five of the biggest retailers: Amazon, AO.com, Argos, Currys PC World and John Lewis.

We found that Amazon adjusted its prices much more frequently than any of the other retailers we looked at.

But it also offered the lowest prices more often than other retailers for the products in our investigation. In fact, it was the most competitive on pricing across multiple categories, including cameras, fitness trackers, kettles, electric toothbrushes and TVs.

So if you’re in the market for a big-ticket item, it might be worth watching the price over a few weeks to see whether it changes. 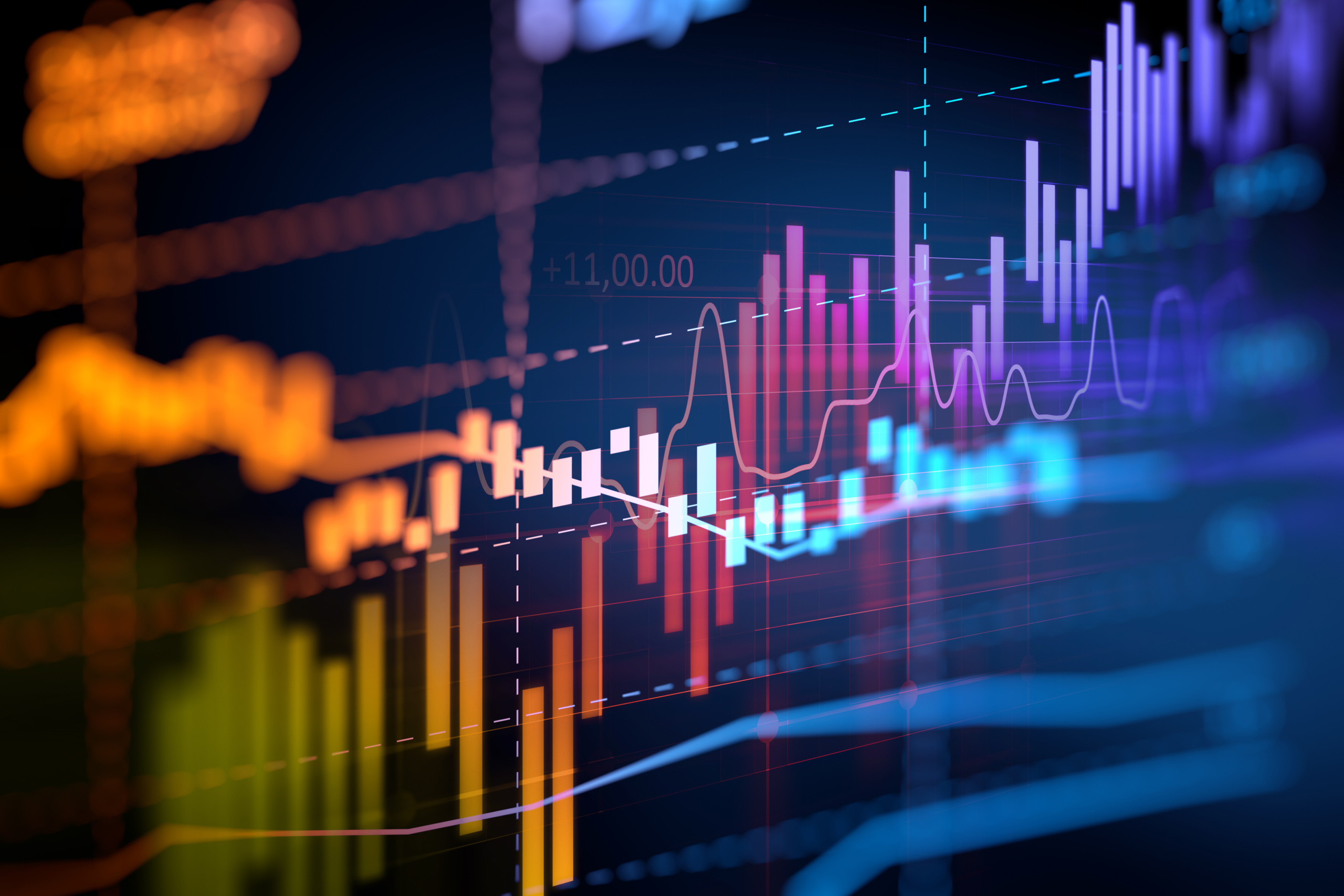 7. Know who you’re buying from

When shopping with online marketplaces such as Amazon, it’s important to know whether you’re buying directly from the retailer (in this case Amazon) or a third-party seller, as this can affect your rights.

The product page lists who the item is sold by. If it’s a third-party seller, the order can either be fulfilled by Amazon or not; again this is clear on the listing.

It you are buying from Amazon directly, or if the order is from a third-party seller but fulfilled by Amazon, then Amazon handles delivery, customer service and returns.

If you’re buying from a third-party seller which is fulfilling the order itself, then delivery, customer service and returns are handled by the seller, rather than by Amazon. However, the good news is that these purchases are covered by Amazon’s A-Z Guarantee, which means there is extra support from Amazon if something goes wrong. 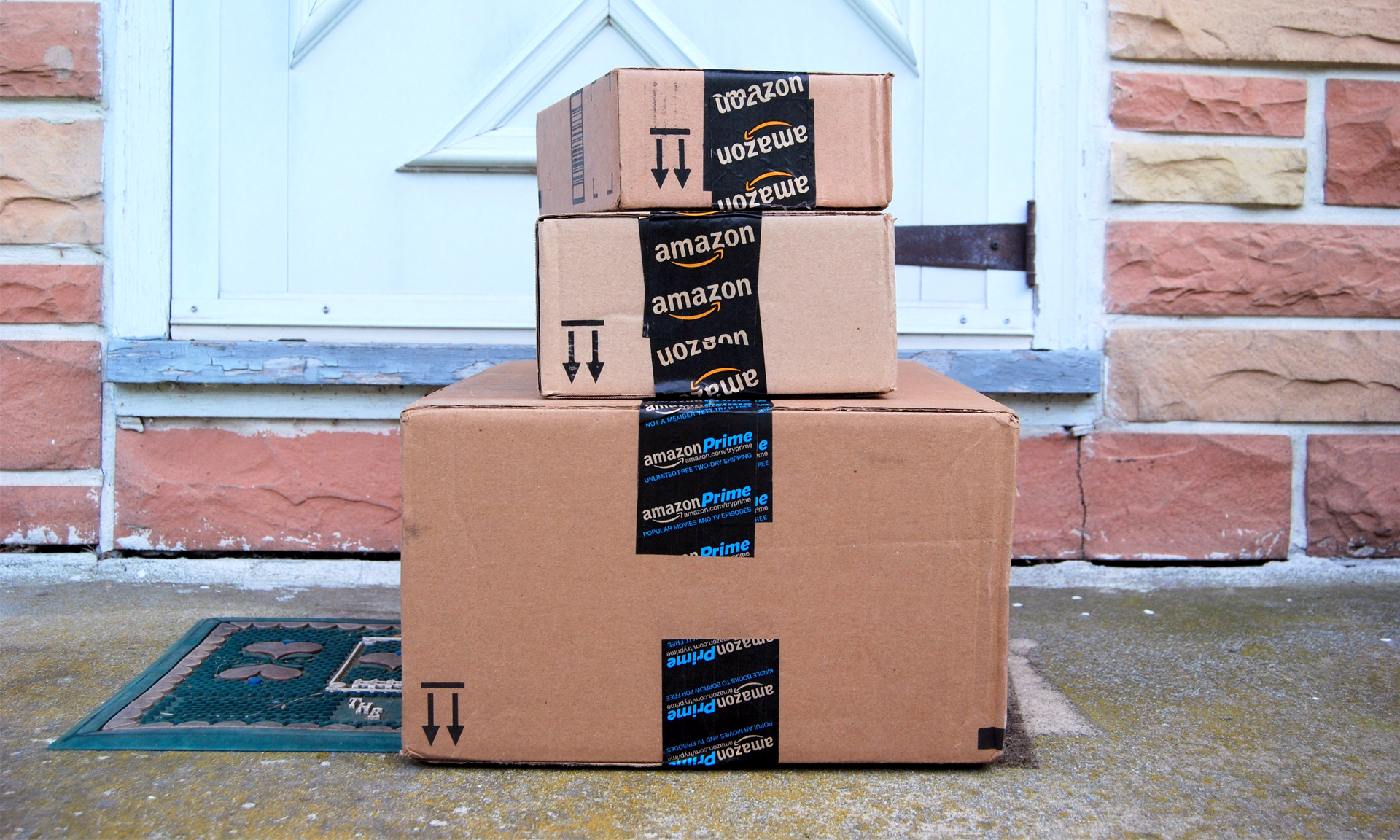 8. Big sales days: what you need to know

Meanwhile, Black Friday will be on Friday 27 November – but rumours are circulating that Amazon will start releasing deals a month earlier, and other retailers are likely to follow suit.

Big sales days such as these can offer great bargains. But, with Black Friday in particular, our research shows that the deals aren’t always as good as they seem.

Find out how to check if a Black Friday deal is real, then read our top 15 shopping tips for Black Friday to help you grab a bargain.

9. Commingling, and why it’s important

You’ve probably never heard of the term ‘commingling’, but if you shop with Amazon it might well have affected your purchases.

Commingling is the term used to describe a practice used by Amazon to help ensure speedy deliveries. It means that when a customer buys a product from a particular marketplace seller, sometimes Amazon sends the same product to you but from a different seller.

These sellers essentially share their stock, and it helps them keep deliveries fast and efficient. Critics, however, have warned it increases the risk of counterfeit products ending up in consumers’ hands.

10. Watch out for dangerous products

Not everyone realises online marketplaces such as Amazon aren’t responsible for the safety of the products sold through their sites.

Earlier this year, Which? worked with five other European consumer associations to investigate 250 products bought from online marketplaces such as AliExpress, Amazon, eBay and Wish.

A staggering 66% of them failed safety tests.

Products included smoke and CO alarms that couldn’t detect smoke or carbon monoxide, Christmas lights that could give you an electric shock, USB chargers and travel adaptors that could cause a fire and a power bank that melted during testing.

Another Which? investigation in early September also found that Amazon was failing to protect customers’ safety by selling banned and unsafe food and drinks aimed at children.

We found several products for sale on Amazon.co.uk that contained ingredients deemed unsafe and banned in the UK.

We are calling for greater regulations for online marketplaces to help End Dangerous Products.

11. Amazon Echo, Fire and Kindle – are they worth buying?

Amazon is unusual in that it’s a retailer that sells its own products, as well an online marketplace. It also has a range of Amazon-branded products – the Fire TV streaming devices, Amazon Echo range of smart speakers and Kindle ebook readers are among the best-known of these.

If you see an Amazon-branded product on sale during Prime Day and want to check whether you should buy it, check out our expert Which? test scores:

12. Amazon in the Which? archives

Amazon launched in 1995 as an online book seller and, of course, it wasn’t long before it was featured by Which?.

A dig into our magazine archives reveals a December 1997 article comparing the price of bestselling books at Amazon and Waterstones. We found seven of the eight books were cheaper at Amazon.com and the average saving among these was 28%.

However, Amazon’s cheapest delivery option cost £11.66 for the eight books and took around six weeks. Despite this, we confidently predicted that ‘virtual shopping for books was taking off’.